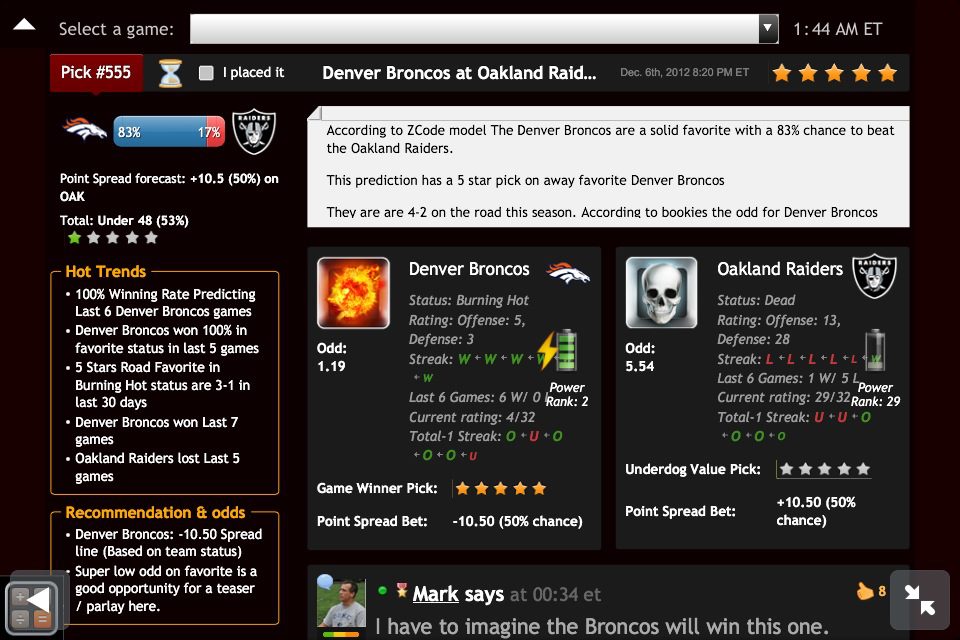 This is an ugly one.

The Oakland Raiders are about as dysfunctional as it gets. Earlier this year, I saw this team get back to back offsides penalties to give away a first down. They’re on a lengthy losing streak, Darren McFadden is battling injuries, and the Raiders show no signs of turning it around.

y, they’re home. This game gets a lot dicier with a double-digit spread that favors the road team – particularly if Run DMC finds his way onto the field. Historically, the home team has a tremendous advantage in the short week. Even against a stumbling Raiders team, the Broncos have their work cut out for them.

Still, can you really go against Peyton Manning and the Broncos against a lowly Raiders team?

This game has some huge red flags. Double-digit favorites continually fail to cover lately, the Raiders may have their star running back back, and the Broncos starting running back is injured.

But I like the Broncos anyway – strong Z-Code support, 85% odds to win and 5 stars looks good to me. I’ll buy the half point and see what happens… low confidence in a scary game.