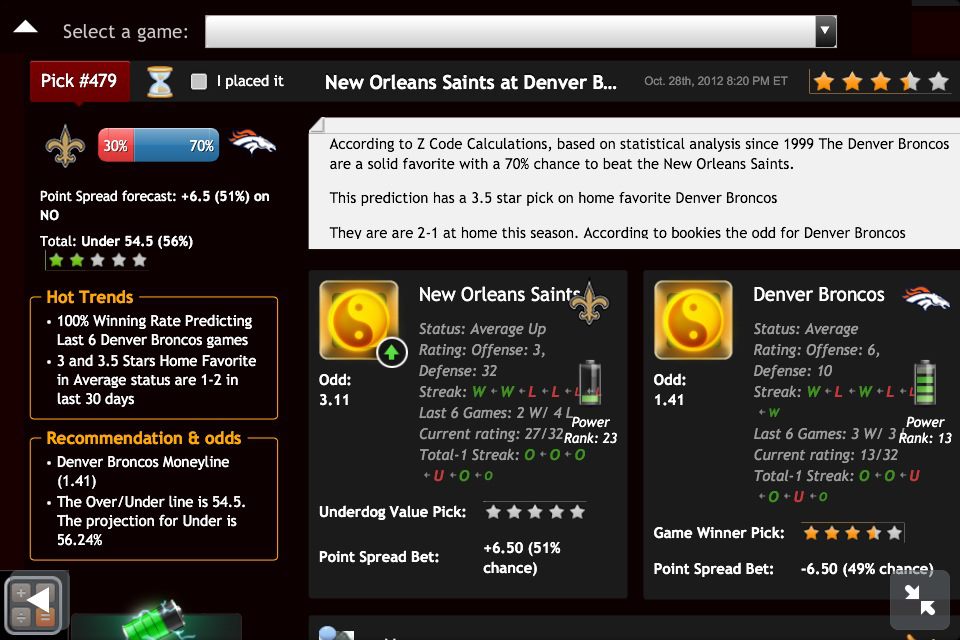 Sunday Night Football features two of the best quarterbacks in football as Drew Brees visits Peyton Manning in Denver. The difference? One of these teams has literally the worst defense in football history.

The New Orleans Saints defense is off to the worst start of any defense ever. At some point, there’s only so much Drew Brees can do. Their offense is effective and Brees is actually on pace to beat his own record for passing yards in a single season, but the defense is too porous to win.

Against a Peyton Manning offense, the Saints have their work cut out for them. Manning will dissect this team.

I just don’t think the Saints will be able to keep up. I am low confidence as well here, but it’s hard to imagine the Saints defense holding up long enough to upset the Broncos at home.