By ZcodeSystem.com
Professional Sports Investing Tools
Join Login Logout
Today we have an interview with soccer expert Rob!
1. Hi Rob. You are one of the best soccer experts
in Zcode community. Please tell us more about yourself. Where are you from?
I was born in what was Rhodesia (now ZImbabwe) and moved to the UK with my parents when I was 12. I’ve been living here ever since although work has taken me to various different countries from time to time.

2. Being from UK, betting England Premier League is natural. What
other leagues does your expertise cover?

I would say I’m a fan of the Premier League but with the amount of media coverage it gets, you can’t help but absorb information and of course, if you are betting on games, it always helps to know what is going on. I support Ipswich and they play in the Championship (one league below the Premier League). I wouldn’t say I’m an expert on many other leagues but try to concentrate mainly on the better European leagues.

3. When did you start your sports investing career? Do you remember
your first bet?

It would have been on a football game many years ago but don’t ask me which one. Back then it was only for fun and its only the last couple of years I’ve tried to take it more seriously.

4. I remember you started your draw system back in NHL days and it
turned out to be really profitable. Unfortunately hockey season ended
but you found a way to adjust it to football with impressive results.
Please tell us more about the Draw system?

Yes, the NHL draws were very good to us. I think in US sports, people rarely consider drawn / tied games as there is always overtime but in the football, its a perfectly normal outcome. The odds were excellent (usually around 4.00) so with the help of Z-code and input from the NHL guys, I started to pick games that would likely go to overtime. With odds of 4.00, only needed 1 bet in 3 for a really good profit.
A couple of months back I started looking at something similar for football. The first problem is the odds are a lot lower so I try to keep my picks to above 3.00 meaning we need 1 bet in 3 to win. I didn’t have anything like Z-code so I put in my own filter mainly based on recent form. Its important to look for low scoring games because if there aren’t many goals, there is a good chance it will be a draw. I also consider if the teams draw a lot of games and even the importance of a game. Sometimes a drawn match suits both sides depending on the situation.
Its definitely tougher than the NHL ties so the sooner those guys sort out their difference and get back on the ice, the better.

5. You were one of the oldest zcode members, which system or sport
turned out most profitable for you so far?

Anything where the bets are isolated has been better, for me. Generally, I’ve found progression systems a bit tough as I can’t always get online at the right times so I didn’t get the returns I should have. 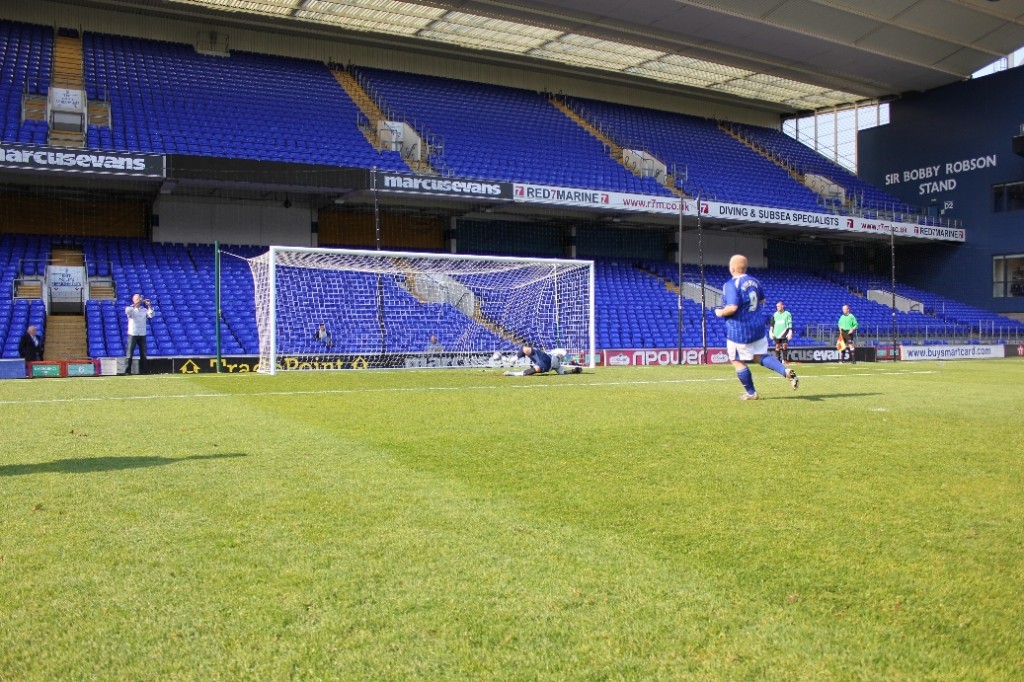 Rob is taking a penalty shot!
6. Do you have favorite team or you bet without emotions?
I support Ipswich as my football team and I also follow the England national team. The first game I saw England play was against Brazil at Wembley in front of 100,000 people. I do try to avoid better on games where I have a strong like / dislike for a team but I think I’m old enough now to be a bit more objective before I hit the “Place Bet” button.

7. We know you travel a lot to international matches through the whole
Europe. What is your favorite place to go ?

Not just Europe. My first England away game was in South Africa in 2003 and in 2005, England played 2 matches in the US against America at Soldier Field and Colombia in the Giants Stadium. I also went to the 2010 World Cup in South Africa and there was a World Cup qualifier in Kazakhstan. I really enjoyed the 2005 trip to the US but in Europe there are plenty of interesting places to visit. In no particular order some of my favourite trips were to Berlin (Germany), MInsk (Belarus), Skopje (Macedonia) and Seville (Spain). Its always important to try to go out and explore these destinations as many of them are not places you would choose to visit on holiday.

8. Please give your words of wisdom to the newbies who just start
sports investing!

Don’t get carried away if you have an early success. I’d also say if you are trying a new system, be very conservative. You have to understand a system to make it work for you. Be selective with your bets.
Join Zcode VIP club to follow the winning experts: http://zcodesystem.com