It is another big weekend in Scandinavia as the top summer soccer leagues are at their midway point. 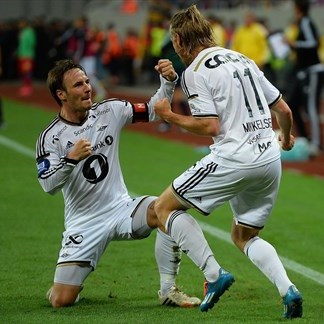 Earlier this week, ZCode Systems successful selected four out of five Champions League soccer matches in our blog. Now, we look at matches from the Veikkausliiga, Eliteserien, and Allsvenskan for Saturday, July 13.

Bodo/Glimt sit in second place in Norway’s Eliteserien and could reel in league leaders Molde this weekend. They are coming off of a 6-0 defeat to Vaalarenga last weekend which was a major shock in the Eliteserien.

Ranheim are winless in their last four matches collecting two draws and two losses. Last time out they fell 3-2 to Rosenborg.

Five of the last six games between these teams in all competitions ended with over 1.5 goals scored. Bodo/Glimt should rebound at home where they have won back to back games. Ranheim are winless in back to back road games.

Rosenborg and Viking will play in Norway in a mid-table clash. Rosenborg have improved greatly following a poor start. They have won five of their last six Eliteserien matches.

Viking are winless in three straight matches with two back to back draws. As Rosenborg have improved, Viking have gone the opposite way.

Rosenborg are undefeated in their last six games against Viking with five of those fixtures ending in wins. Only one match saw over 2.5 goals scored.

The home side will pick up another victory, but with the way they have been scoring lately, over 2.5 goals could be a possibility.

Saturday’s big match in Finland will see fifth place Honka take on eighth place HIFK. Honka are coming off of a loss to KuPS, 2-1, last weekend. Meanwhile, HIFK were defeated in the Helsinki Derby by HJK 2-0.

HIFK are winless in four of their last six matches and go into the away match lacking form. They have the worst points total in the Veikkausliiga away from home with just three points from 15 possible.

Honka’s home form isn’t much better, but they do have a better head to head record against HIFK at 3W-2D-1L.

HIFK games have been low scoring this season as 12 of their last 13 matches have seen under 2.5 goals scored.

In Sweden, fourth-place team Goteberg will travel to Falkenbergs to face the league’s second to bottom team. Falkenbergs have not had a great start to the season collecting 10 points from 42 possible.

Goteberg are challenging the top of the table, but are still nine points off of league leaders Malmo. They won’t catch the pacesetters, but can still finish in the top three with consistency.

Goteberg are undefeated in five of their last six matches. Last weekend, they defeated Sundsvall 2-1. Goteberg have a solid away record and are five matches unbeaten on the road. Falkenbergs did win last time at home against Elfsborg, 2-1.

Falkenbergs are winless in four of their last six matches against Goteberg. Twelves of Falkenbergs’ last 13 matches have ended without a win.