Round 26 of the Premier League season was split over the course of two weekends due to the league’s winter break.

It is a good thing that games were staggered over the two-week period due to the winter storm hitting England. Currently, the games set for the Premier League from February 14 to 16 are set to be played. However, the weather could be a major factor as kickoffs approach.

With that said, Zcode System looks at three games coming up on February 14 and 15.

Two teams chasing European football qualifications go at it at Molineux. Their match from earlier this season ended nil-nil at the King Power Stadium. Friday night’s game should see both teams score goals in a big second half of the season battle.

A Wolverhampton Wanderers win would put them in sixth place for the evening and knocking on qualification for Europe next term. A Leicester City win would almost ensure they make the Champions League next season.

Both teams are out of form with Leicester City winless in three of their last four matches. Meanwhile, Wolves have just one win in their last six Premier League games. It should be a close fixture with a single goal separating the sides. In the end, Wolverhampton Wanderers should make their home pitch count and seal a needed win.

Southampton and Burnley head into round 26 locked on 31 points apiece. A win would ensure the victor is well away from the relegation zone and in the Premier League’s upper half.

Burnley won at home versus Southampton in the reverse fixture 3-0. However, since then, Southampton have improved greatly and are one of the league’s most in-form teams.

Southampton have been quite dreadful at home this season claiming just three wins. Those three wins have come in their last six home fixtures, so there is an improvement. 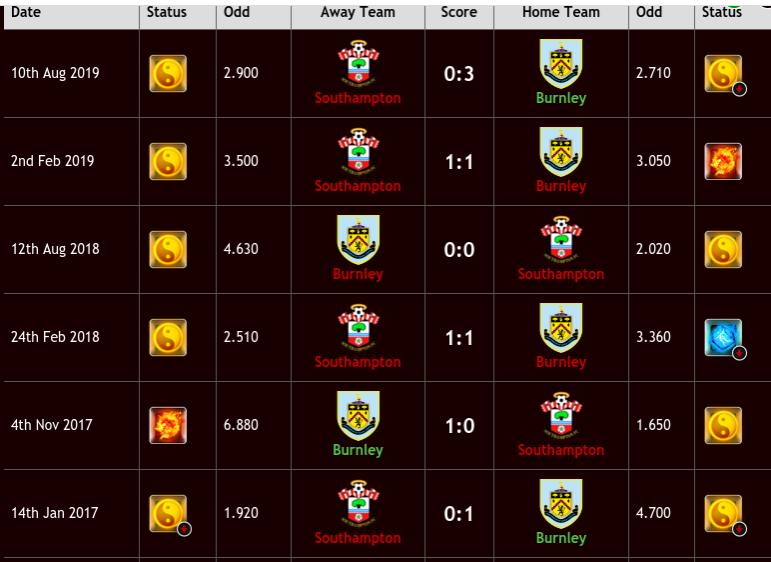 Burnley, on the other hand, have been decent on the road and won their last match away from Turf Moor. That win came against Manchester United at Old Trafford. While they may struggle to get all three points at St. Mary’s Stadium, this game could end in a draw. Burnley are unbeaten in six straight games versus Southampton, so I will go against the Zcode System score prediction on this one.

League leaders Liverpool head south to Norwich City to clash with the Canaries. A win would see Liverpool open up a 25-point gap in the race for the title over Manchester City. The Reds need just six more wins heading into round 26 and could wrap up the title earlier than any other team in Premier League history.

The Red defeated Norwich City 4-1 at home earlier this year. While Liverpool are on the way to the championship, Norwich City are going to be relegated. They sit last in the division and have claimed just three home wins in 2019-20.

Liverpool have benefitted from the winter break as players such as Sadio Mane and James Milner are back to full fitness and ready to play. I once again disagree with Zcode System’s score prediction. This could be a massacre with Liverpool keeping a clean sheet.