Well, it was a long NCAA Basketball season, but March Madness is finally here. We’ve got a few upsets sprinkled in, but the road to the final four is paved in chalk. I have two of the top seeds squaring off in the finals, with UK winning the Men’s Basketball NCAA Championship this year.

Ultimately, there is too much depth. The undefeated Kentucky Wildcats have the leadership and talent necessary to win the entire thing, and they have players coming off the bench that can run away with a game. As the tournament stretches on, they’ll wear people down. During crunch time they’ve got what it takes to beat the best players left in the tournament. I don’t see anyone taking them down, and right now my book has them as a slight favorite to win the whole thing over the entire field. I agree.

Duke is a good team and Coach K will have his team ready to play, but they’ve lost early in the tournament a bunch lately. I just don’t trust them – though they may make a nice run once they get their feet wet here.

I also like UNC, playing for their recently departed coach, Louisville, UVA, and Arizona to make decent runs this year. 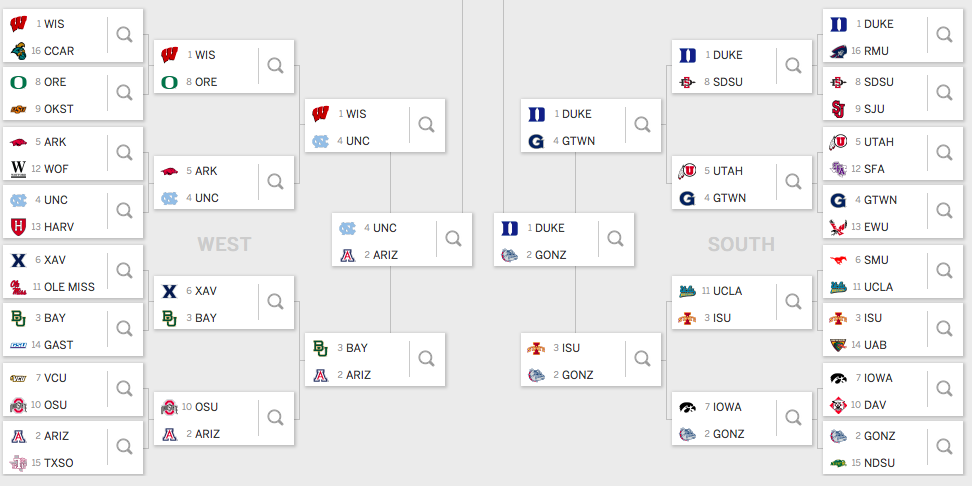