The NCAA Basketball Tournament steams towards the Sweet 16, which tips off on Thursday, March 24, and Friday, March 25. If you followed our YouTube video preview and picks of the tournament’s first round, you will have seen that we nailed the first three games, including an upset. 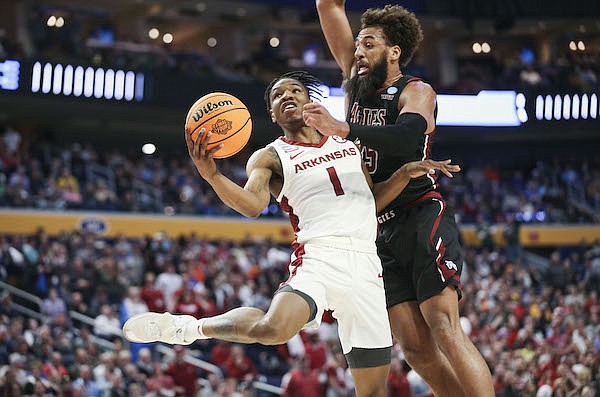 The Sweet 16 is upon us this week, so let’s look at what to expect.

Here is how Bet365 has the latest outright winner odds:

Gonzaga and Arkansas may be the best game of the tournament. Unfortunately, we will see it in the Sweet 16 rather than the final. Yes, Gonzaga are the No. 1 overall seed, but the Bulldogs have often been overvalued in the NCAA tournament. Gonzaga has never won the NCAA Championship, but each year fans, pundits, and bookies act as if Gonzaga are the best-ever college basketball team.

Arkansas plays in a far stronger conference, the SEC. The Razorbacks have experienced far more high-pressure basketball throughout the year.

Duke Blue Devils great, Coach K, will step down after the NCAA Basketball Tournament. Duke defeated Cal State Fullerton in the first round before knocking off Michigan State, 85-76. Now, Coach K takes the Blue Devils up against No. 3 Texas Tech.

The Red Raiders blew out Montana State and edged by No. 11 Notre Dame 59-53. Duke is seeded No. 2 and these teams are relatively evenly matched. For me, the game will come down to the man on the bench, Coach K. The Blue Devils should pick up the win and Zcode System’s score prediction favors a Duke win.

Is Michigan for real or will Villanova knock off the Wolverines?

Michigan upset Colorado State in the first round of the tournament, a result I picked on our YouTube channel. The Wolverines then knocked off No. 3 Tennessee in the second round to set up a date with No. 2 Villanova.

The Wolverines are playing well and showing that if you get hot at the right time, you can go far in the NCAA Basketball Tournament. How far can the Wolverines go? Well, Zcode System believes Michigan can make the Elite Eight with a win over Villanova. Both teams are burning hot.

Villanova is playing well and is coming off of a 10-point win over Ohio State — who play Michigan in the Big 10.

Turn the upset alert on

As always, the 2022 NCAA Basketball tournament has thrown up some upsets. Well, there may be more on the way.

No. 1 seed Kansas plays No. 4 seed Providence in the Midwest bracket. After narrowly defeating Creighton, I expect Providence to do well versus Kansas.

No. 11 Iowa State turned heads with wins over LSU and Wisconsin. I expect the good times to continue with a victory over No. 10 seed Miami. The Hurricanes defeated USC and Auburn, but my pick is for Iowa State to send Miami packing. Of course, Zcode System’s pick for both Kansas versus Providence and Iowa State versus Miami go against my personal picks.