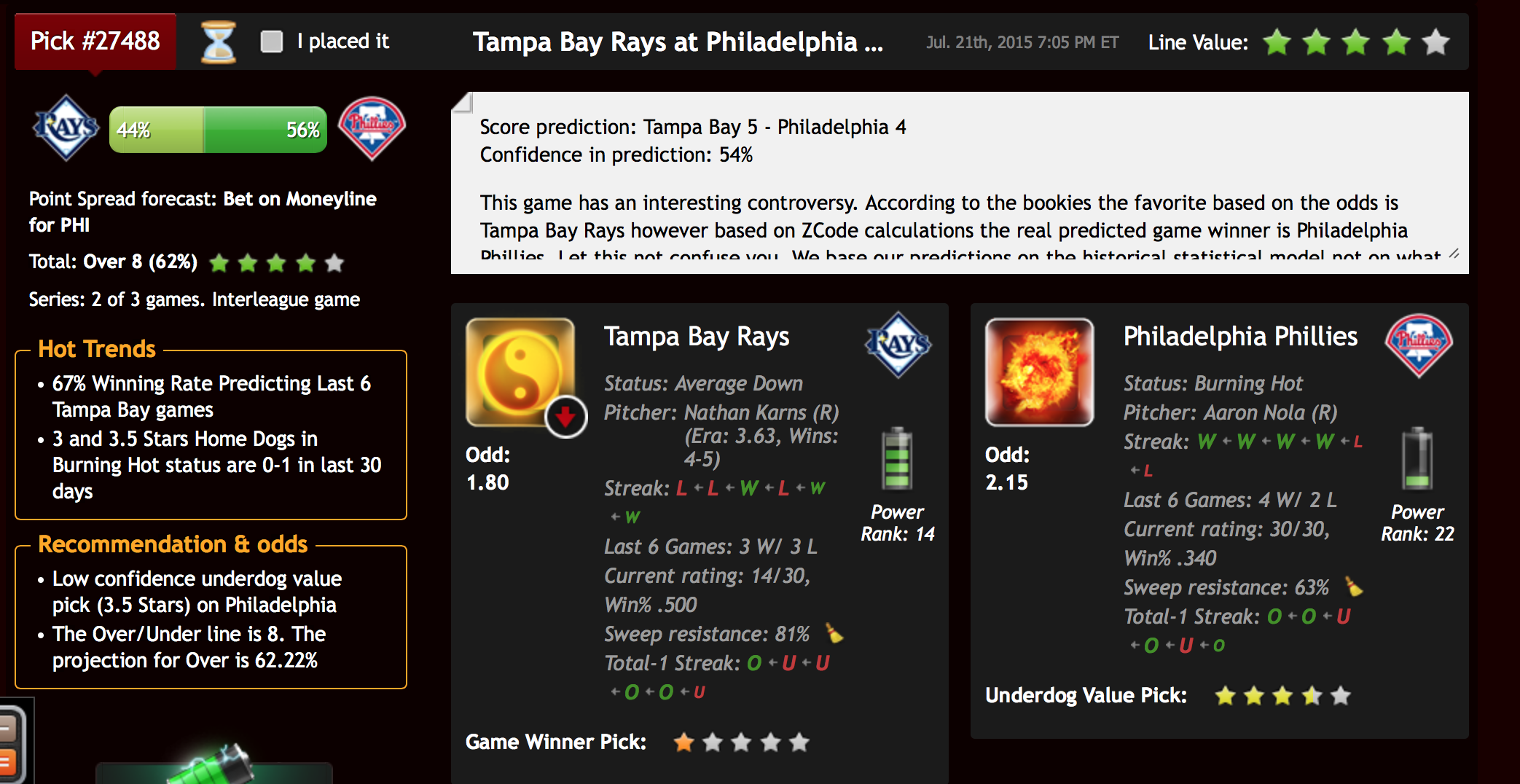 After a disappointing first game from the Tampa Bay Rays, the red hot Phillies are on a four-game winning streak to open the second half of the season. I still don’t trust the Philadelphia Phillies to do anything but lose, but now we’ve got to temper our expectations. The Rays don’t hit.

I like a progression here because I think the Tampa Bay Rays are simply the better team. They’ve got much better pitching than the Phillies and once again hold a slight edge in this one. On the road, I think it’s tricky and we shouldn’t be too aggressive, but with Jake Odorizzi closing out this series, I like the Rays.

The computer actually likes the Phillies at home here, but I just don’t think the Phils have enough to hang here. Yes, they’re off to a great start, but I really think it’s a little bit of a fluke. The score prediction parameter is on our side in a close game, expecting a 5-4 victory by the Rays with an over prediction that carries a 62% chance of victory and four stars of value.

So, the computer likes the over and has some conflict about this one, and I’m on an AB Doubler progression on the Rays.