The FIFA World Cup 2022 kicks off on Sunday, November 20 with Ecuador playing the host team, Qatar. 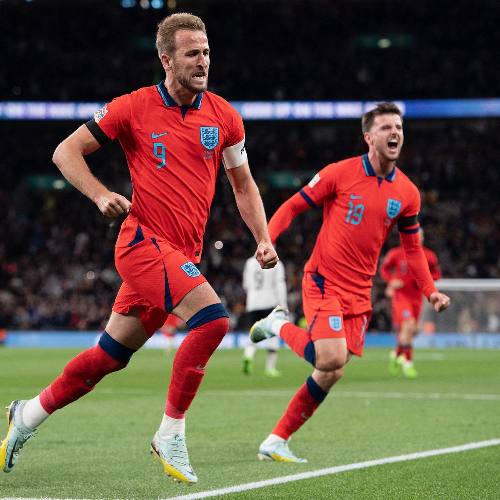 The tournament’s second day will feature three big games from Group A and Group B. One of the tournament’s favorites, England, will be in action, as they play against Iran to start the event.

Wales and the United States will play on Monday in Group B, while Senegal and the Netherlands will clash in Group A.

Four games will take place on day No 3 of the World Cup. Group C (Argentina, Saudi Arabia, Poland, Mexico) and Group D (France, Australia, Tunisia, Denmark) will kick off their World Cup campaigns. Let’s look at five of the seven games on November 21 and 22. For more insight, check our latest YouTube video.

England are +800 to win the World Cup 2022. The Three Lions are fourth-favorite to win the tournament. They will play Iran on Monday afternoon in the early game.

Iran are one of the lowest-ranked teams going into the tournament. England aren’t in great form ahead of the match, but the Three Lions are heavy favorites to defeat Iran.

Soccer Buddy believes Iran can snatch a 2-2 draw versus England. I’m afraid I have to disagree with the pick. England are far better than Iran and should win the match to nil with over 1.5 goals.

Pick: England to win to nil with over 1.5 goals.

The Netherlands are a team the media is ignoring at this year’s World Cup. The Dutch have a strong squad and it is so far fit to play.

Senegal are not fit going into the game. The Lions of Teranga lost their top player (Sadio Mane) in the week before the World Cup 2022 due to a leg injury. Mane will miss the entire tournament.

The Netherlands should defeat Senegal thanks to their top star-studded team. Soccer Buddy predicts a 2-0 win for the Netherlands. The Dutch should win but won’t give up a goal. Mane’s absence should stop Senegal from scoring the goal.

Pick: Netherlands to win to nil

The winner of the United States versus Wales on matchday No 1 could determine the team that finishes second in Group B. Neither the USA nor Wales should defeat England but should beat Iran. Therefore, the winner of this match will have the inside track to the knockout stage.

The USA are not in the best of form ahead of the game. They don’t score a lot of goals. Wales don’t score many goals either. This game should end with under 3.5 goals.

The teams are evenly matched which could lead to a draw. Soccer Buddy is backing the USA to win, however.

Pick: USA to win and both teams to score 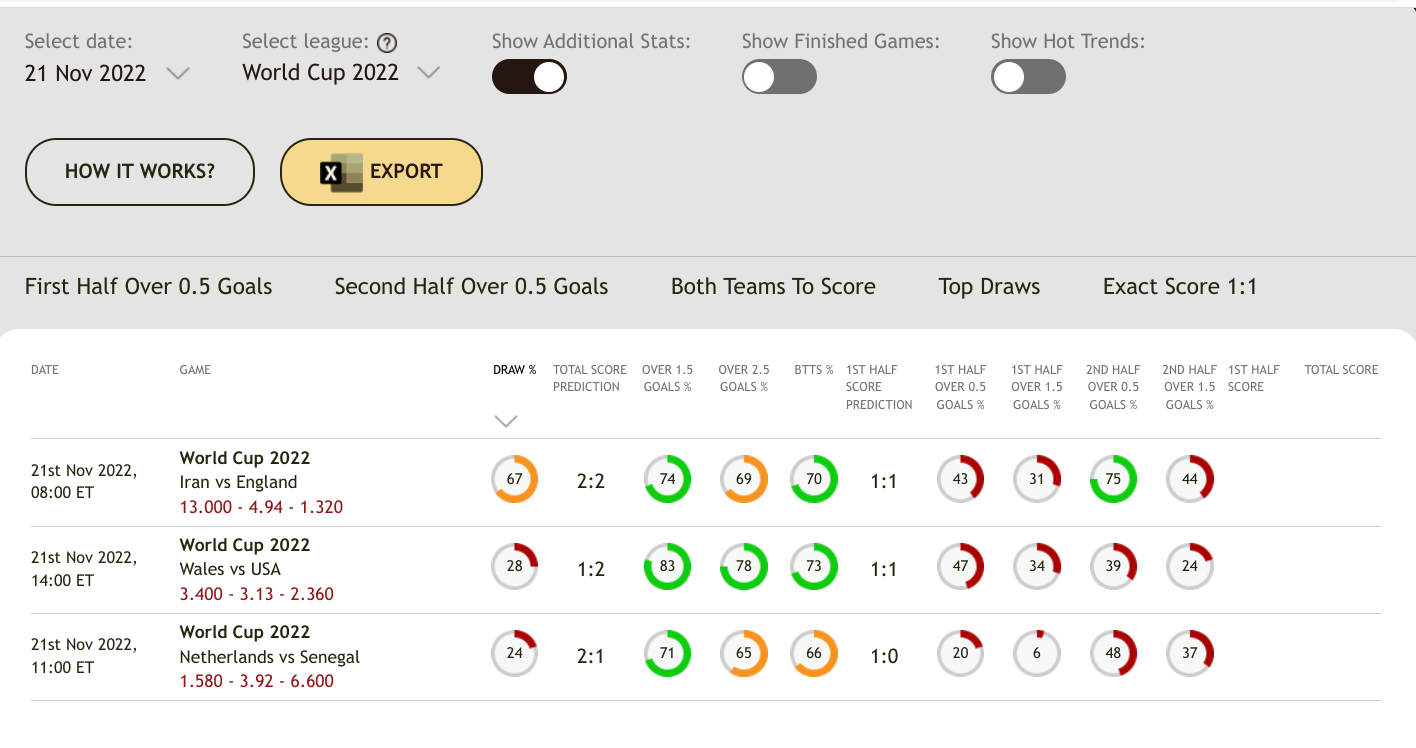 My pick to win the World Cup are Argentina, as long as Lionel Messi stays injury-free at the tournament. The Argentines are playing well with Messi leading the way.

Saudi Arabia are likely to finish bottom of Group C. Don’t expect much from this Saudi team. Soccer Buddy predicts a 2-1 win for Argentina. However, the Argentines’ defence should be good enough to pick up a win without conceding a goal.

Pick: Argentina to win and both teams not to score

France are third-favorites to win the World Cup 2022 at odds of +750. The French have had several players ruled out of the tournament due to injuries. Striker Karim Benzema, midfielder N’Golo Kante, and midfielder Paul Pogba are all set to miss the World Cup.

Benzema is a massive loss. However, France have one of the deepest squads in the tournament. Kylian Mbappe and Olivier Giroud will have the opportunity to score goals and deliver a World Cup trophy for the second straight tournament.

Australia are a hard-working team. Yet, the Aussies don’t have the same quality that  France possess. France should pick up a win at full-time with the game ending with more than 2.5 goals.

Pick: France to win with over 2.5 goals 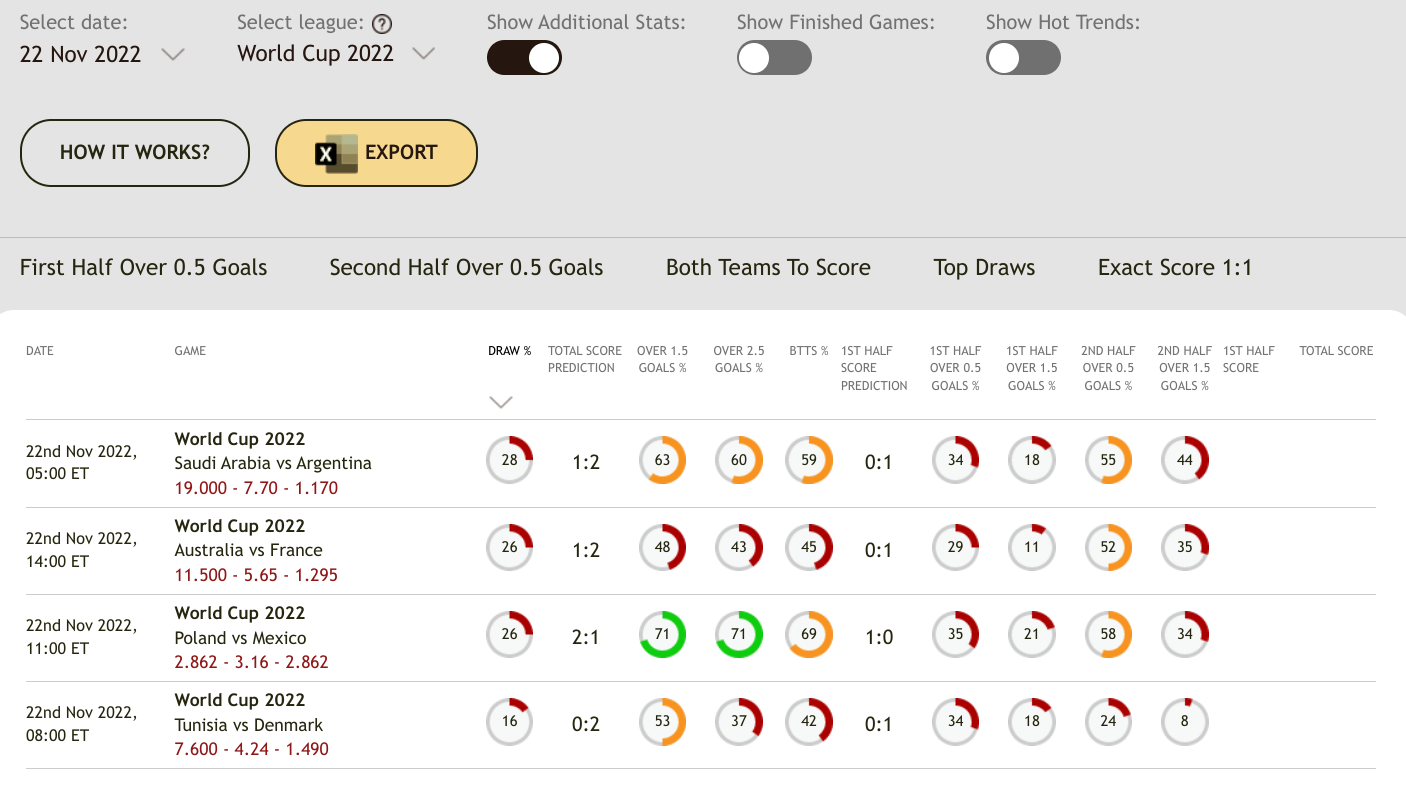