The Los Angeles Dodgers have completely changed their chances to win the 2018 World Series. According to sportsbooks, the Dodgers have the fourth best odds to win the Fall Classic. How did the Dodgers get such a boost in the last week? They traded for Manny Machado, of course. 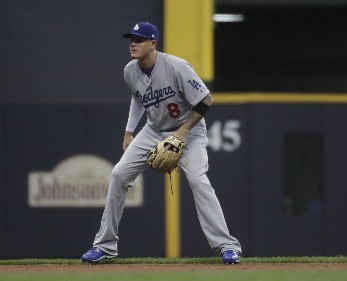 Not only did the Dodgers pull off the trade of the season for the highly coveted All-Star shortstop, but they only gave up five prospects. The Dodgers are listed by some top sportsbooks as +550 to win the World Series.

The fight for the NL West

The Dodgers currently lead the National League West (as of July 25) by just a 0.5 game. The NL West is highly competitive with the Arizona Diamondbacks in second and the Colorado Rockies in third, 2.5 games back. Even the third-place San Francisco Giants are just 4.5 games back.

Machado is currently tied for sixth in Major League Baseball in home runs (24), 11th in RBIs (66), and eighth in OPS (.947). Machado has only struck out 55 times in 389 at-bats. He compiled those stats in the pitcher-friendly American League East playing for the worst team in the division. Now, he takes his hitting show to the NL West to hammer pitchers who aren’t at the same level.

How will the Dodgers do on Thursday, July 26?

Can Dodgers overcome their bad April?

The Dodgers started the season off poorly. After their first 28 games, the Dodgers were eight games out of first place in the NL West and four games below .500.

As ZCode System’s wrote in May:

“Now for the bad news concerning all of those that wagered on the Dodgers to win the World Series. Just one MLB team in the last 19 seasons has won the World Series after finishing April with a record below .500. April is a key month to perform well and championship teams have shown in almost two decades that it is vital to get off to a good start.”

Which teams are favored to win the World Series?

The Boston Red Sox are favorites by top sportsbooks to win the World Series. The Red Sox have the best record in baseball with 71 wins. Boston is +375 to win the Fall Classic.

The high-priced New York Yankees are third favorites to win the World Series at +450. The Yankees have won 64 games this season, but it can’t be denied they have underachieved despite their spending.

Machado does make the Dodgers better. However, expecting Los Angeles to win simply based on Machado’s acquisition may not be wise. The Dodgers are better than they were in April and May, but there is still plenty of baseball left to play.

Do you believe the Dodgers will win the World Series with Manny Machado?