There are fewer than 16 days left until the World Cup 2018 kicks off. Thirty-two teams will fight for the right to be called World Champions. Along with teams battling on the pitch for five weeks, the tournament will see more than 700 players taking part. 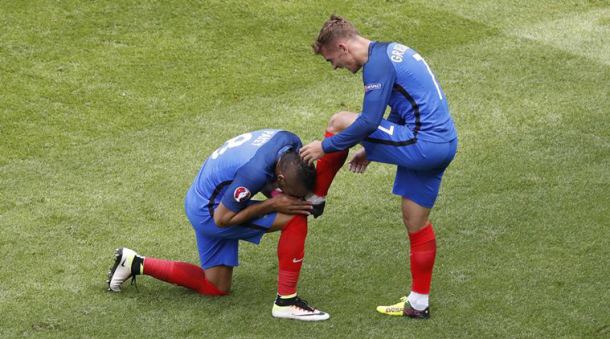 Each World Cup tournament names a Player of the Tournament at its conclusion. The award, also known as the FIFA Golden Ball, goes to the most valuable player for his team at the event.

The Golden Ball has been given out at the World Cup since 1982, when it was officially given its name. Some of soccer’s biggest and best players have won the award including Zinedine Zidane, Diego Maradona and most recently Lionel Messi.

Which star player could win the FIFA Golden Ball this year?

Widely considered one of the best players in the world, Neymar is the marquee player in a star studded Brazil team. The forward can score goals and create them, and his pace is difficult for opposing teams to stop.

Just back from injury, Neymar will be pulling the strings for Brazil’s attack during the World Cup. If he stays fit, he could not only lift the Golden Ball, but the World Cup trophy.

The reigning Golden Ball winner, Messi took Argentina to the World Cup final two years ago in Brazil. Since then, the team has struggled and Messi has saved the day again and again.

Argentina is very much reliant on the soccer superstar and the team’s progression will depend on his play. Although Messi scores goals with ease, he was been more of a provider during the last World Cup.

Antoine Griezmann finished the club soccer season as one of the most in-form players in Europe. The striker scored 29 goals in 49 matches for Atletico Madrid and he will have plenty of goal scoring chances for France.

Griezmann led France to the Euro 2016 final. Although the team lost to Portugal, Griezmann had a break out tournament scoring six goals and winning the Golden Boot award. He was also named Player of the Tournament. Could he win it again, but this time at the World Cup?

There is no arguing that Cristiano Ronaldo is one of the two best players in the world. However, the Portuguese player has never performed well at the World Cup. Ronaldo seems to score all of his goals before getting to the tournament, but that could be down to a lack of talent around him compared to at the club level.

This year’s Portugal team looks far more dangerous than in year’s past. While the defense is ageing, the attack is young and exciting. Ronaldo has had a long, strenuous club season, but no soccer player in the world is in better shape than the Real Madrid man.

Belgium’s Kevin De Bruyne has some favorable odds to win the Golden Ball. He doesn’t score a lot of goals for Belgium, but he is the maestro in the middle of the park. De Bruyne is a creator and will be the man supplying passes to striker Romelu Lukaku during Belgium’s games. Of course, midfielders like Zidane have won the award in the past, so De Bruyne may outperform the competition in Russia.