The 2018 US Open tees off on June 14 from Shinnecock Hills on Long Island, New York. The tournament will be played at the course for the fifth time in its history. 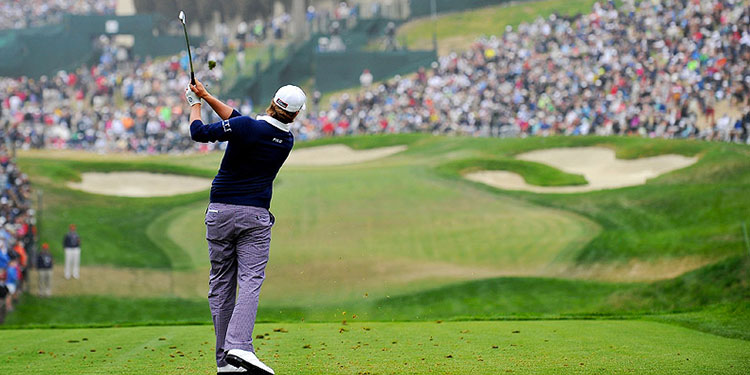 Although there are still four PGA tournaments to go before the US Open begins, the golf world has already turned its attention to the event. The US Open has been called the toughest major golf tournament to win. This is due to the large field of 156 players and the variety of skill levels involved.

The field at the US Open is made up of both professional and amateur players and surprises are not uncommon when the tournament takes place. The 2017 winner, Brooks Koepka, had never been victorious in a PGA major before. In fact, he had only won once previously on the tour and that had come over two and a half years prior to the US Open.

The US Open will be the second major of the season. The first major, the Masters, went to Patrick Reed. The PGA professional picked up his first ever major victory and first tour win since 2016.

Dustin Johnson is currently odds on favorite to win at Shinnecock Hills. The 2016 US Open champion has won just once on the PGA Tour this season. That win came in January at the Sentry Tournament of Champions. Johnson has been victorious at the US Open before, and with 17 career PGA Tour wins, outlasting the competition is nothing new.

The 2011 US Open winner, Rory McIlroy, is one major tournament victory away from winning the golf grand slam. Unfortunately for McIlroy, the one trophy he is missing is the green jacket from Augusta. A 14-time PGA Tour event winner, McIlroy went all of 2017 without a victory. He ended his drought in March at the Arnold Palmer Invitational.

Jordan Spieth is another PGA professional that is one win away from the grand slam. Spieth won the 2015 edition of the US Open just months after claiming a green jacket at Augusta. An 11-time tour winner, Spieth took home his third major title in 2017 at The Open Championship.

Justin Thomas finished the 2017 season in fantastic form. The golfer won his first ever major tournament at the PGA Championship in August. Less than a month later, Thomas won the Dell Technologies Championship. He went on to claim victory at the CJ Cup and The Honda Classic in February. Thomas has been brilliant over the last 12 months, which is why he could win the US Open. His best finish at the tournament came last season when Thomas came ninth.

Two second place finishes is the best Jason Day has done previously at the US Open. The Australian finished runner-up in 2011 and 2013. In 2015, Day won his first and only major tournament. The victory came at the PGA Championship. Day has collected 11 other PGA Tour wins, including two this season already. He won the Farmer’s Insurance Open and the Wells Fargo Championship.

Based on the talent that will assemble at Shinnecock Hills, the US Open throws up some curve balls each year. They will have four days to master the course and put their best foot forward.