It is that time of the year again with Code Systems. Don’t miss out on one of the most lucrative betting periods of the year. Win big with ZCode Systems and NCAA Basketball March Madness! 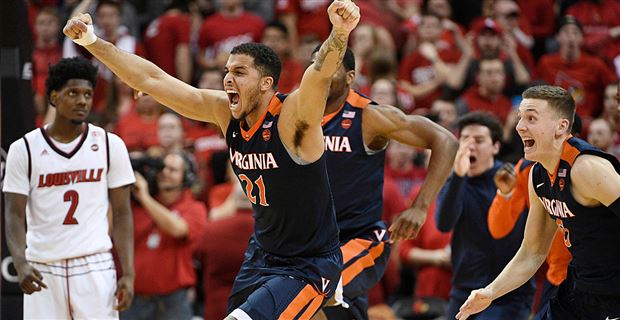 This week saw the unanimous selection of the Virginia Cavaliers as No. 1 in the nation. Virginia is 28-2 after defeating Notre Dame last weekend. The Cavaliers have already qualified for the ACC Tournament quarterfinals and will be one of the favorites to win it. The only problem is the depth of the ACC. Don’t be surprised if the Cavaliers lose in the tournament, but still get a No. 1 seed in the NCAA Basketball March Madness Tournament. The team’s defense is its strength as it holds opponents to just 52.8 ppg.

The Villanova Wildcats are second in the NCAA top 25. At 27-4, the Wildcats have dominated the Big East this season. Although the team is currently tied with Xavier in the Big East standings for first, the AP has Villanova just above its rivals in the top 25. Villanova’s biggest problem has been losing four times to teams it should have easily beaten. The Wildcats average 87.2 ppg which leads the nation. Villanova is -120 to win the Big East Tournament.

The Xavier Musketeers are having a dream season and find themselves at No. 3 in the nation as NCAA Basketball March Madness approaches. The Musketeers have already lost twice to Villanova this season, which is why the Wildcats edge them in the top 25 rankings. Xavier go into the Big East Tournament at the quarterfinals stage. It won’t be easy as the Big East, like the ACC, is incredibly deep. What fans will see is some exciting post-season basketball. Opponents score just 74.9 ppg against Xavier’s defense. Teams in the Big East do a bit better, however, scoring 78.6 ppg. Xavier is +325 to win the Big East Tournament.

The Michigan State Spartans top the Big 10 and come into this week at No. 4 in the country. Tom Izzo has his team at 29-4 and the team’s losses have come against other top teams this season. While MSU was No. 1, it lost to Duke and Ohio State. Michigan also knocked off Izzo’s Spartans twice. Those four losses were against good teams all currently ranked in the top 17. The Spartans latest loss to Michigan came in the semifinals of the Big 10 Tournament. MSU gave up just 66.2 ppg in the Big 10.

The Duke Blue Devils score 78.9 ppg, which is third in the nation. The No. 5 ranked team going into the NCAA Basketball March Madness period, Duke could still get a first seed in the tournament. Ranked No. 1 in the country previously this season, Duke has suffered six losses. Despite the team’s record and current ranking, Duke will be considered one of the favorites once the NCAA Tournament tips off. Duke is +600 to win the NCAA Tournament, which is a great price for one of the country’s most consistent teams.