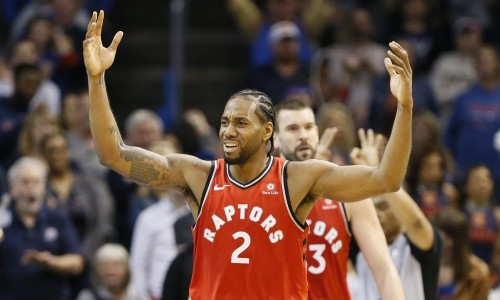 The Milwaukee Bucks will take on the Boston Celtics while the Philadelphia 76ers will clash with the Toronto Raptors in the other Eastern Conference Semifinal.

The Bucks swept the Detroit Pistons while the Boston Celtics did the same to the Indiana Pacers. Although the Celtics struggled during the regular season for consistency, they have set themselves up to go deep into the playoffs.

Milwaukee was 2-1 against Boston during the regular season with one win coming at the TD Gardens.

In the other Conference Semifinal, the Raptors and the 76ers look quite evenly matched. Both teams won their first-round series, 4-1.

The Raptors won three of the four games between the two teams during the regular season. Can the 76ers overcome Toronto in the Conference Semifinals? Only if Joel Embiid continues his great play.

As of this writing, only two teams have qualified for the Western Conference Semifinals. The Houston Rockets defeated the Utah Jazz in five games to advance. They will play the winner of the Golden State Warriors-Los Angeles Clippers series, which is set for at least six games.

The Denver Nuggets have struggled with the No. 7 seed San Antonio Spurs. That series is set for a Game 7. The winner will take on the Portland Trail Blazers in the Western Conference Semifinals.

Portland dispatched the Oklahoma City Thunder in five games. They won Game 5 with a dramatic three-pointer courtesy of Damian Lillard.

There are still two series until the NBA Finals will tipoff. Oddsmakers still love the Golden State Warriors. The Warriors are -162 to win the NBA Finals.

Who’s next in odds? The Milwaukee Bucks are second in odds at +550.

The ZCode System Playoff Simulator is the perfect tool for anyone wagering on the NBA Playoffs.

The upset level for the Playoff Simulator was set on average. Its results may be surprising to some fans. 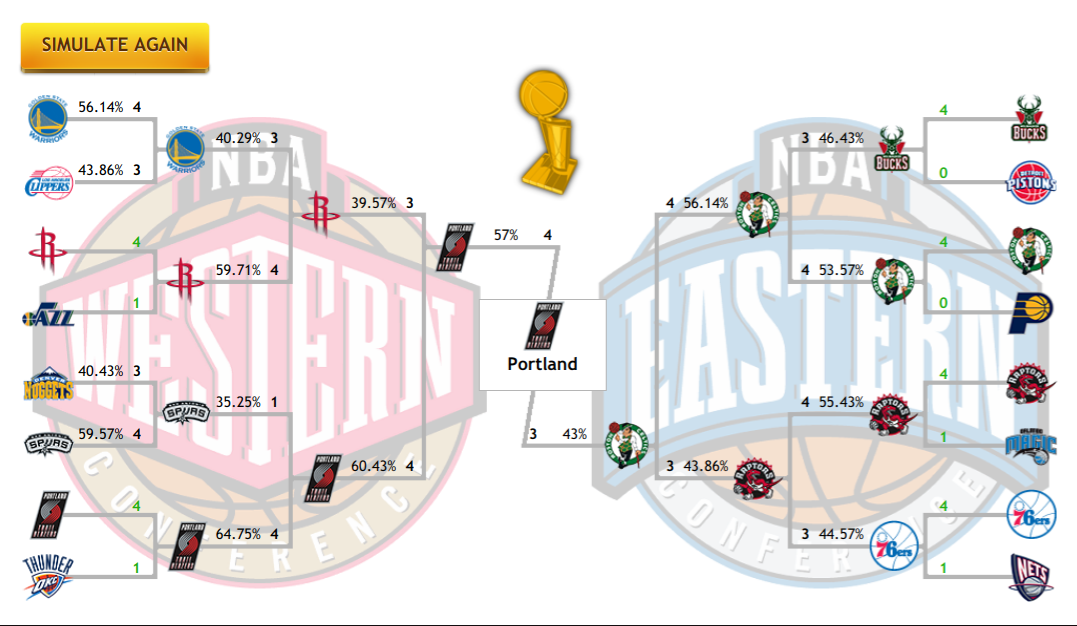 The Playoff Simulator has predicted the Boston Celtics to win the NBA Finals against the Trail Blazers. It is arguable that Portland does have the easier route to the finals. Meanwhile, Boston underachieved during the regular season but have the potential to win it all.

This year’s NBA Playoffs could have some twists and turns in it. Although Golden State is the best team in the NBA, playing six games against the Clippers may not help them further in the postseason.

In the second round, Houston won’t be a pushover and the Western Conference’s team could upset the No. 1 seed.

What do you think? Do the Boston Celtics have a legitimate shot at winning the NBA Finals?