The NBA Finals move into Game 4 on Friday night with the Toronto Raptors up 2-1 on the reigning champion Golden State Warriors. 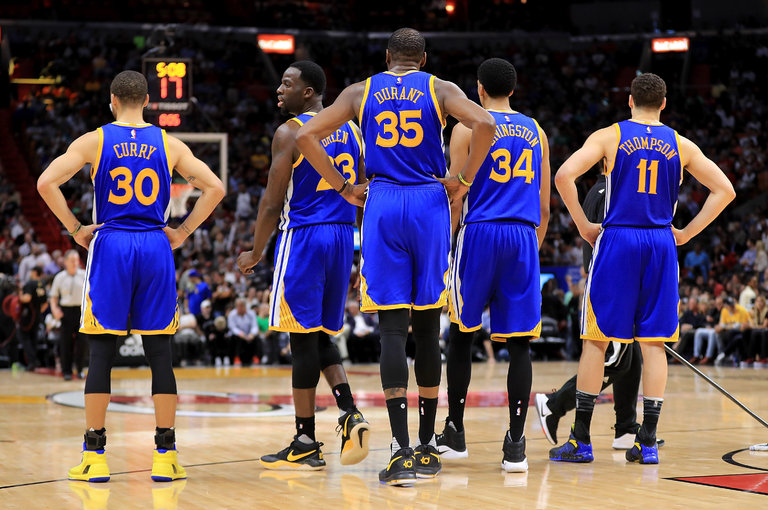 The Warriors and Raptors have reminded everyone just how good the NBA Finals can be with back and forth exciting basketball. It is a shame it took so long to get to this point.

Toronto took Game 1 at home before Golden State came from behind to win Game 2 on the road.

The Raptors drew first blood in Oakland earlier this week to take a 2-1 series lead. Now, Golden State must win or face an elimination game on Monday night.

What’s the news on injuries?

Reports ahead of Friday night’s game have Klay Thompson back in the Warriors’ line up. Thompson missed Game 3 and without both he and Kevin Durant, Steph Curry was forced to be Golden State’s main threat from the perimeter. Curry scored 47 points but Golden State still lost 123-109.

Durant’s absence has shown just how important he is to the Warriors. This is a preview of what is to come next season as Durant is off to pastures new.

Reports on Friday stated Golden State will once again be without Durant going into Game 4. The forward has been nursing a calf injury. Conspiracy theorists may claim Durant is overselling the extent of the injury to show the Warriors just how important he is to the franchise.

As it stands after three games of the NBA Finals, the Warriors’ dynasty looks to be on the verge of collapse. If Durant leaves in the summer for the New York Knicks or another NBA team desperate to add his services, is this the last time we see Golden State in the NBA Finals?

Leading sportsbooks have the Golden State Warriors as favorites going into Game 4 to win. It is difficult to bet against the Warriors despite Durant’s absence.

Thompson will be back for the game and Curry is still scoring, so it feels like a matter of time until the Warriors overhaul the Raptors for another title. Golden State have won 80% of its games when listed as favorites.

The Warriors are listed by one leading sportsbook as -200 favourites to win Game 4. Toronto is +170 underdogs ahead of tip-off.

Despite the Warriors being favored in Game 4, the Raptors are now -125 to win the NBA Championship. Golden State is +100. It isn’t a huge gap but it is interesting how things have swayed over the course of the first three games of the NBA Finals.

With 85.04% confidence, ZCode System predicts Golden State will win Game 4 on Friday night against Toronto. The game could be very tight with just a few points separating them in the end.

Game 4 may not be a do or die game, but it certainly feels like a must win for Golden State.

15 thoughts on “NBA Finals: Can the Golden State Warriors bounce back against the Toronto Raptors?”