The NBA 2018-19 season is about to tip-off. After a summer of blockbuster trades and free agent signings, things have calmed down. Preseason is nearly over and the regular season will begin on October 16th. 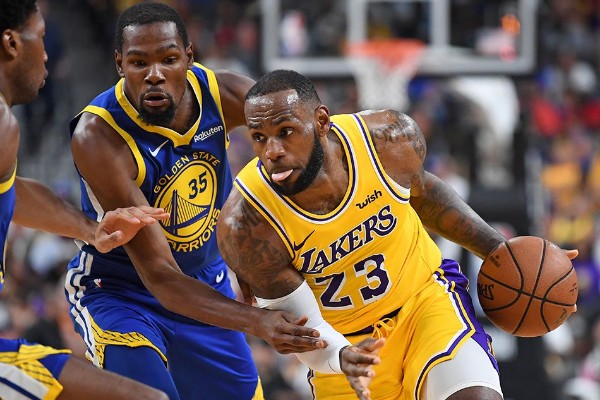 Kevin Durant re-signed in the summer for two more seasons while Kevon Looney also put pen to paper. The addition of New Orleans Pelicans star DeMarcus Cousins was shrewd. Not only will his addition help the team down low, but it weakens a Pelicans team that performed well in the second half of last season.

Impressively, Golden State didn’t lose any major stars ahead of the NBA 2018-19 season.

Boston Celtics to win the East?

The Boston Celtics disappointed in 2017-18. Injuries to Kyrie Irving and Gordon Hayward hurt the Celtics in the postseason. Despite making a valiant effort, LeBron James and the Cleveland Cavaliers were too much. Boston has a health Irving and Hayward and the Eastern Conference should be ripe for the picking. Boston is +500 to win the NBA Championship.

With James out of Cleveland and the Toronto Raptors being an unknown, it could be Boston’s season to once again win the East. The Raptors (+1400) are a bit of a wildcard. DeMar DeRozan was traded to the San Antonio Spurs for Kawhi Leonard in the biggest trade of the offseason. Leonard was dogged by injuries for the entire 2017-18 season. The Raptors have taken a gamble on the guard as there are no guarantees Leonard will return to his best. He may not even play a full 82 game season. Leonard appeared in nine NBA games last year after playing 74 the prior season. Leonard’s mark of 74 games played in 2016-17 was a career high.

Houston Rockets to win the West?

The Houston Rockets can feel hard down by last season’s NBA Playoffs. Houston was the best team in the NBA during the regular season, but the playoffs were another beast for the team. The Rockets re-signed Chris Paul and Clint Capela in the offseason to massive deals. Houston sunk $250 million into the pair. The wisdom of paying so much for Paul at 33-years old is questionable. However, the Rockets are showing they want to win and end the Warriors’ dynasty.

Carmelo Anthony, James Ennis, and Michael Carter-Williams have all three arrived. The Anthony deal is quite interesting. Hs points, rebounds, steals, and assists per game all declined last season with the Oklahoma City Thunder. The move is a bit of a punt as Anthony’s career winds down and he becomes a bit part player.

The Houston Rockets are +850 to win the NBA Championship.

What about the Los Angeles Lakers? The team finally got its man in LeBron James. Showtime is back in LA, right? Well, maybe not. The Lakes are +1000 to win the NBA Finals. That’s great value and James has led his team (Miami Heat and Cleveland Cavaliers) to the NBA Finals in eight straight seasons. It is an unbelievable streak, but this season it could end.

LA has stiff competition in the West with Houston and Golden State.

Oh, the team James left, the Cleveland Cavaliers are +45000 to win the NBA Championship. It is the NBA’s fifth-longest odds.