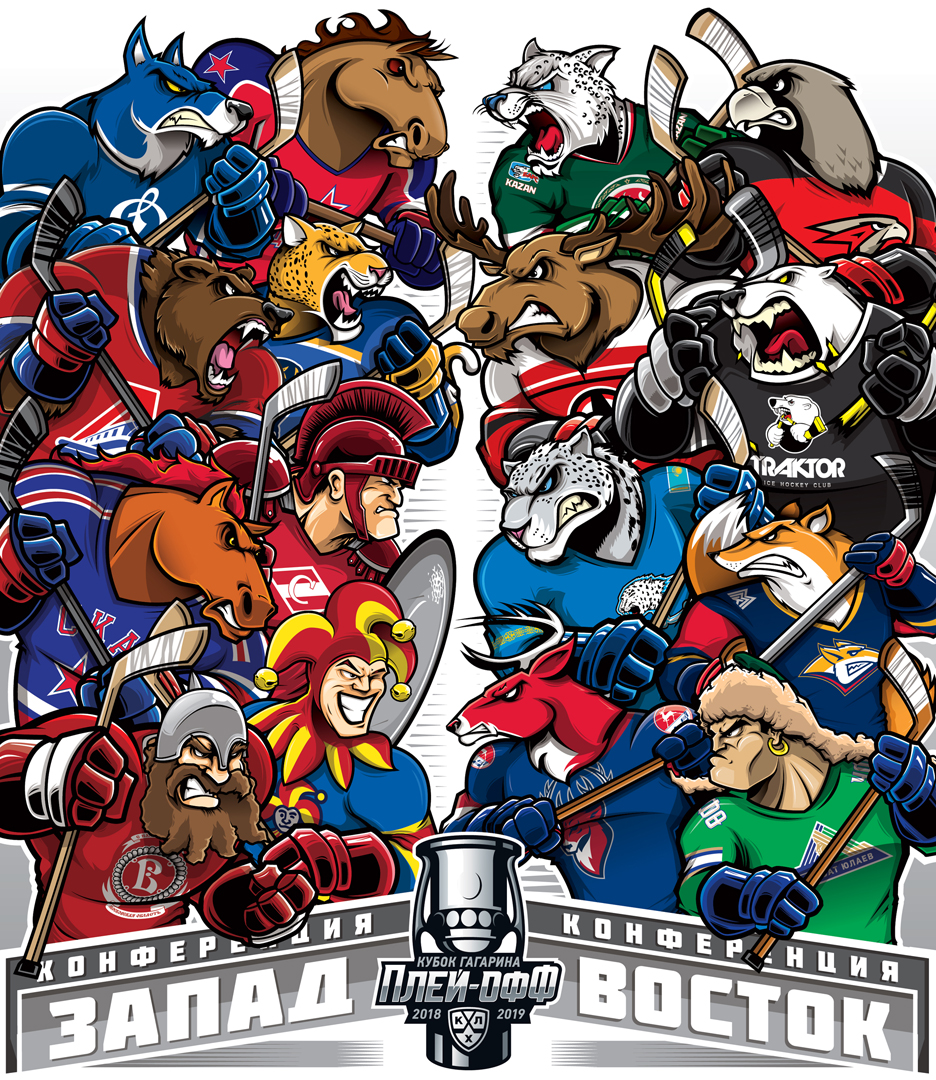 Jokerit and SKA are main teams in this division. Jokerit has deep roster and always has big target. Young star Tolvanen returned from NHL and he will be main force in attack. Big expectations in Helsinki from this season. Coach Marjamaki has solid team, one of the best in league. SKA has new look but still big ambitions. New coach Bragin has lot of new players and they need time to click together. Good team but weaker than last year.
Spartak Moscow has great coach Znaroks, experienced squad and solid goalie Hudacek. They are play off team. For more, we will see. Podolsk managed to catch play off two times in a row. And they will do that again. Interesting team with Alex Semin as main star. Sochi can be dangerous this season. Team lost few foreigners but club reacted and hire some solid additions from Finland and Sweden. Cherepovets cant count on play off with this roster. They will try to catch some points at home but they are mediocre team.

CSKA lost some key players(Sorokin, Kaprizov, Grigrenko, Vey, Sekac). They added some solid players like Loktionov. Coach Nikitin will have lot of challenge this season with totally new team. Dynamo Moscow built team for the title but it wont be easy. Almost same team plus Kagarlitsky and Lindberg. Deep roster with lot of power in front with Shipachyov and Jaskin. Lokomotiv Yaroslavl has new coach Skabelka. They saved team from last season and managed to add some power with Lander and Petersson. Ambitious coach plus some high level players can be winning combination. Minsk had terrible season. They decided to make mix domestic players and some solid foreigners. Mink wants to step but it will take time. Riga has new coach Skudra. He had solid success with Novgorod and now managed to add some good players to Riga. Indrasis is again in Riga but we will see is that enough for play off.
Kharlamov Division

Magnitogorsk wants Gagarin Cup again. They lost few players but some great additions like Plotnikov, Beck, Prokhorin, Karpov, Pesonen and Lammikko can make this team favorite on East. Very competitive roster on all positions. AK Bars is one of the main contenders for the title. Coach Kvartalnov has great roster with some incredible skaters. Bars added two great forwards Dawes and Da Costa and they want all this season. Yekaterinburg hired new coach Bill Peters and lost main player Dawes(went to AK Bars). Pavel Datsyuk is still there and one of the best goalies in league, Kovar. Lot of players played together last year and that can be their advantage. Nizhny Novgorod is always tough to beat. They lost 1st goalie and two main forwards but coach Nemirovsky showed in last two seasons that Novgorod, especially at home can, can win vs any team. Interesting addition is Szwarz from AHL. Niznekamsk had successful season, managed to catch play off. Defense is totally new and that will be main challenge for them. Very unpredictable team. After bad season, Tractor decided to get back old coach Gatiyatulin. Roster is almost untouched and with some solid acquisition, team from Chelyabinsk will be hard opponent for a lot of teams.

Avangard Omsk with Bob Hartley on bench didn’t had solid season. Because of that, they added a lot new names. Sekac from CSKA and two players from AHL(Boucher and Kaski) plus some other players should be enough for attack to the top. Salavat Ufa is one of the most dangerous teams every season. They lost 1st star Linus Omark but Markus Granlund with lot of NHL experience should give power in front. New coach from Finland(Lamsa) didn’t worked in KHL so far. Ufa needs consistency and some solid defense for big result. Barys Nur Sultan was one of the best teams on East last season. It will be tough to repeat that but deep roster with solid foreign players promising another great season. Coach Skabelka left them and that’s big minus. Sibir has almost same squad like last season. They were big surprise. Some solid players came in mid-season like O’Dell, Sannikov and Li. Capable team, they will reach play off again. Kunlun with new coach Kovalev and totally new team will try to be competitive but it will be tough. Amur wants just one thing: to make it to the play off. Squad from last season plus Yakupov in front will try to do that. Hard but not impossible.