The French Open 2019 will serve up some of the top tennis action in the world. The second Grand Slam of the season is sure to be a great opportunity for sports bettors to make profits. 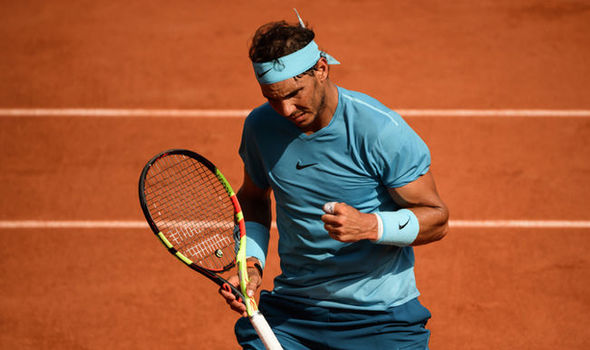 The French Open 2019 will start on Sunday, May 26 with the opening rounds. The final will be played on Sunday, June 9. With tennis’ second Grand Slam of the season around the corner, here is what you need to know.

Tennis is one of the top sports to bet on. Two players go head to head in a competition to see which is the better player. Tennis is a complex sport and isn’t always straightforward so a lot can happen during a match.

There are 11 rounds at the French Open in both the men’s and women’s tournaments. That is just the singles competition as the doubles tournament is also great to wager on.

Thanks to the number of games and markets Grand Slam tennis tournaments provide, the sport is one of the top sports to wager on in the world.

What is special about the French Open 2019?

The French Open is the only Grand Slam tournament that is played on clay. The tradition of the tournament at Roland Garros is top-notch and is only rivalled by Wimbledon.

The clay surface at Roland Garros can make for some strange games, especially if players are not used to playing on it.

Will the 123rd edition of the tournament see something similar or will a non-top ranked player win one of the singles tournaments?

Nadal has won back to back French Open tournaments. He has been brilliant in recent years. Currently ranked the world’s No. 2 tennis player, Nadal is tipped to win a third straight French Open by leading sportsbooks.

The men’s world No. 1 heads to Roland Garros looking to win his first French Open since 2016. Djokovic has only won one French Open in his career. He doesn’t play as well on clay as he does on other surfaces.

Dominic Thiem is a new kid on the block in the men’s tennis world. Thiem was runner-up to Nadal at last year’s French Open. It was his best career Grand Slam finish. Currently, the world’s No. 4 player, Thiem has already won the Indian Wells Masters and Barcelona Open this season.

Halep won the French Open last year. It was her first and only Grand Slam win. She is the current women’s tennis No. 2.

Kiki Bertens is women’s tennis No. 4 heading into Roland Garros. She has never won a Grand Slam and best performance at the French Open previously was a run to the 2016 semifinals.

Sloane Stephens is another of the women’s players favored by sportsbooks who has never won the French Open. Stephens is the No. 8 ranked player in the world right now. She was the runner-up to Halep at last year’s tournament. Can she go one better in 2019?

28 thoughts on “French Open 2019: Rafael Nadal the favorite to win the second tennis Grand Slam of the season”