The Copa America 2019 is headed into the quarterfinal stage. The last eight starts on Thursday with Brazil battling Paraguay. 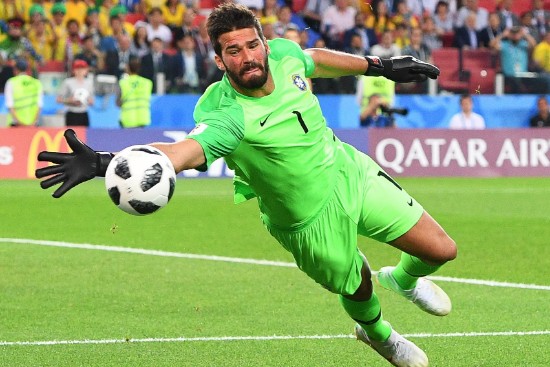 The host will fancy their chances of moving it into the semifinals. Can the Brazilians continue their march to the Copa America trophy on home soil?

Brazil glided through the group stage without conceding a goal. Their final Group A game featured a five-goal beaten down of Peru.

The Brazilians’ defence has been solid and Paraguay will struggle to break down their 4-2-3-1 formation.

The Paraguayans managed to score just three goals in the group stage and failed to win any of their group matches.

Venezuela have been a revelation. They finished second in Group B with a 1W-2D-0L record. They managed a nil-nil draw against tournament favourites Brazil and will trouble Argentina throughout their quarterfinal fixture.

The Venezuelans may not have the attackers that Argentina do, but their defence is rock solid. Argentina may have Messi, Sergio Aguero, and Angel Di Maria, but none of those players have stepped up at the Copa America. This fixture could go down to penalties.

Back to back Copa America winner Chile take on Colombia in the third quarterfinal fixture. Chile are coming off of a final group stage match loss to Uruguay. The Chileans’ attack was unable to break down Uruguay in a 1-0 defeat.

Chile should have just as much difficulty with Colombia as they did Uruguay. The Colombians have bee very impressive. They won all three group stage matches and are yet to allow an opponent to score.

Colombia held Messi and Argentina in check in their first group stage match, keeping a clean sheet in a 2-0 victory. Colombia are a real possibility to win the Copa America while Chile’s stranglehold on the trophy looks over.

Uruguay posted a 2W-1D-0L record in the group stage. Oscar Tabarez’s team has been good but did show signs of trouble against Japan. Uruguay had to come from behind to draw with Japan in their second group stage fixture, 2-2.

They did down Chile, 1-0, in their third group stage match. Strikers Luis Suarez and Edinson Cavani have scored four goals in the Copa America and are both good value to find the back of the net against Peru.

Peru tallied four points in the group stage but finished third in Group A. Their four-point total was the best of the third-placed sides. Peru struggled against good defensive teams in Group A (Brazil and Venezuela) and will once again struggle to score goals.