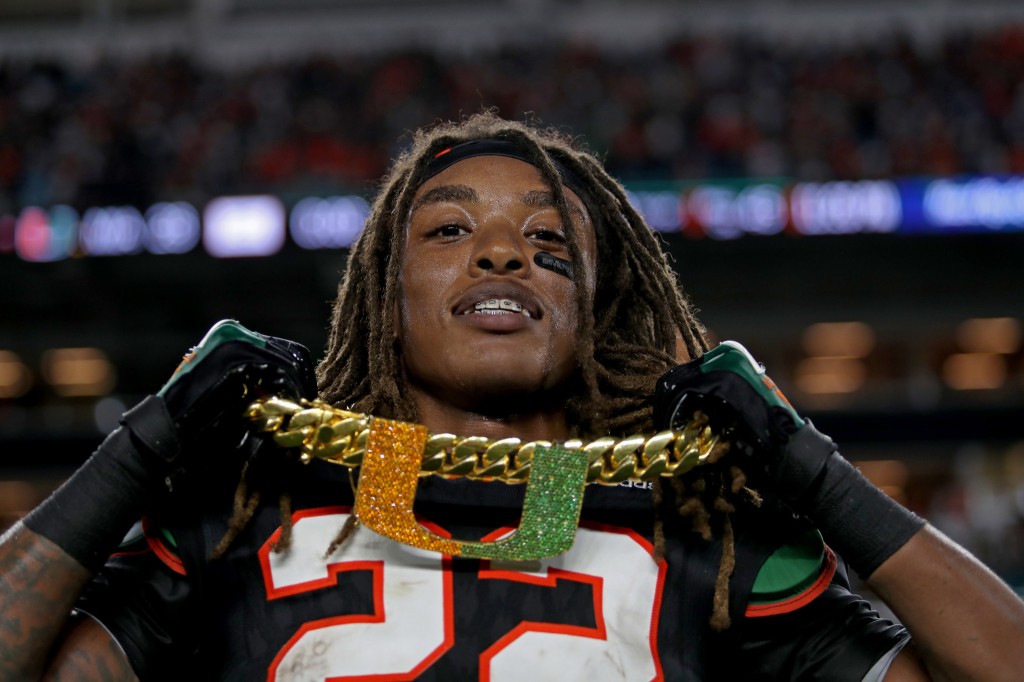 The 2017 NCAA college football season took another twist on Saturday as No. 1 Georgia was blown out by No. 10 Auburn. Georgia’s loss has seen the Bulldogs slide down the College Football Playoff rankings. The team has landed at No. 7, and SEC rivals Alabama has taken over the top spot.

Are Miami and Wisconsin really contenders for the NCAA College Football National Championship?

Miami is coming off of a heavy beat down of Notre Dame, 41-8. The Hurricanes go into the weekend as great value in NCAA college football championship futures. The team has seen their odds go from +1600 before the win over Notre Dame to +900.

Currently ranked third behind Alabama and Clemson, Miami has played one fewer game than its rivals. College football prediction gurus have Miami with just an 8% chance of winning the national championship. That is less than Alabama, Clemson and Oklahoma. At least the projection of making the NCAA College Football Playoffs is better. The Hurricanes are 52% likely to qualify. 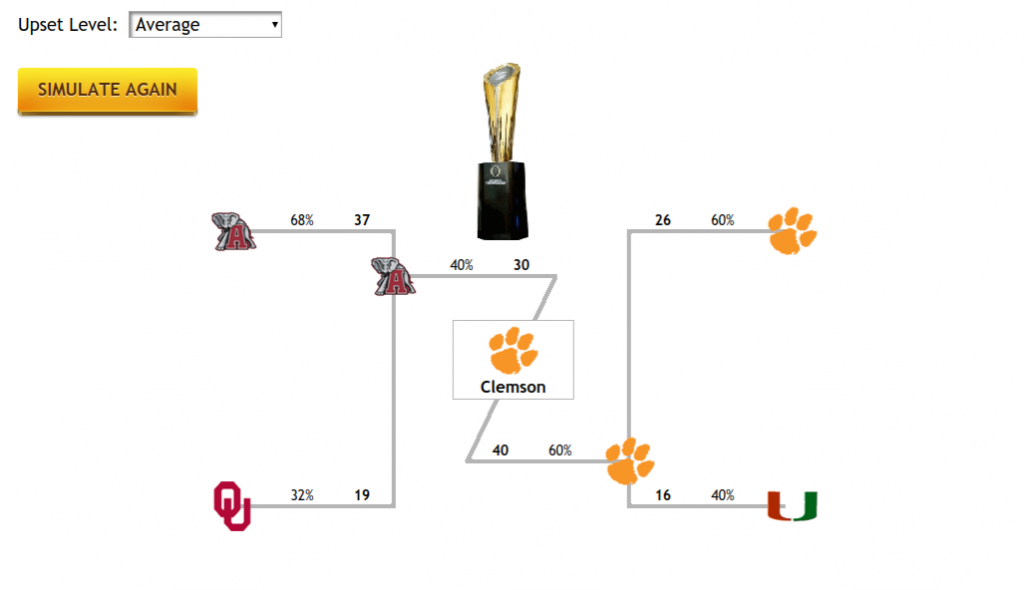 Based on the current top four rankings in the NCAA College Football Playoff poll, we carried out a ZCode System’s Playoff Simulator simulation. The simulator picked Clemson as the national champions after the team beat both Miami and Alabama.

Clemson currently has the highest projection percentage of making the playoffs, 69%.

Wisconsin has gotten little respect from the top 25 voters. The team is undefeated, but is still just No. 5. Sportsbooks aren’t giving them much of a chance of winning the national championship. The Badgers have the seventh highest odds at +1200. The team’s odds haven’t come down much since last weekend’s 38-14 win over Iowa. Prior to the Big 10 showdown the Badgers were +1600.

That could all change with a win this weekend against Michigan. The 8-2 Wolverines are No. 24 in the playoff rankings.

The Badgers have scored 30 or more points in eight of their games. The closest winning margin was eight points against Purdue, so the Badgers are getting sizeable wins. The problem with Wisconsin’s playoff push is its opponents. Michigan may be top 25 ranked, but next week’s opponent Minnesota isn’t. The Badgers will follow up their game against the Gophers with the Big 10 title game. It’s hard to say, right now, if the Badgers can reach the top four.

Of course, a win over Michigan will greatly help. However, the Wolverines won this game last season, 14-7. The scoreline failed to cover a 12-point spread for the game.

Wisconsin, like Miami, has been projected an 8% chance of winning the national title. The Badgers are 40% likely to make the playoffs. 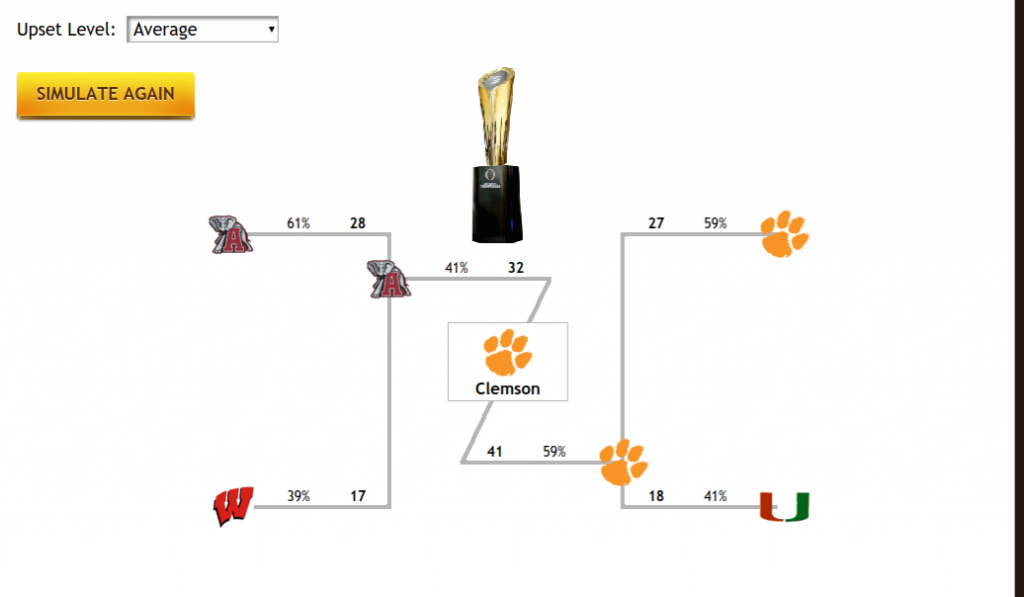 If we re-simulate the NCAA College Football Playoffs, but remove Oklahoma in favor of Wisconsin, we see the same results. Clemson is predicted to come out on top and beat Alabama for the national crown.