The Euro soccer season continues with many twists and turns expected this weekend. No matter if its the Premier League, Bundesliga, La Liga, or Serie A, there are big games on tap for bettors to enjoy. 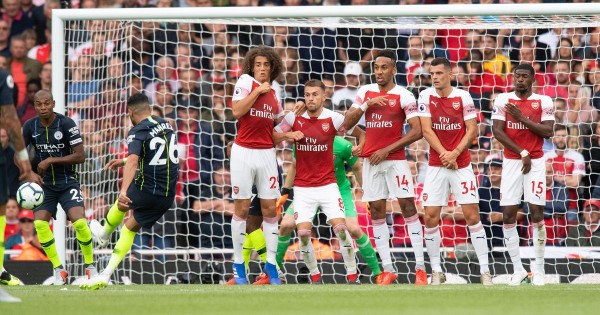 The Premier League title race is still wide open as both Liverpool and Manchester City slipped up during midweek. Meanwhile, could Atletico Madrid narrow the gap between itself and league leaders Barcelona? Let’s look at this weekend’s picks.

Lille sits second in France’s Ligue 1 with nine points separating them with seventh place Nice. Lille have scored the league’s third most goals with 36. However, Nice does not concede many goals. Just 19 have been allowed, the third fewest. Problem is, Patrick Vieira’s team doesn’t score many goals. Nice averages just 0.8 goals per game.

Lille is predicted three goals, but that won’t happen. In fact, Nice has won four and drawn twice with Lille in their last six meetings. Expect this to be a low-scoring draw.

Barcelona leads La Liga by five points with 17 games to play. Valencia, on the other hand, is seventh and 20 points behind Barcelona. Valencia started the season poorly and has just now recovered. The team has given up just 18 goals this season, the third fewest. But Valencia does not score many goals either, just 22 after 21 games. It is the fifth lowest tally.

Barcelona is playing well in La Liga and provides a stable bet. Barcelona has won four and draw two of the last six matches against Valencia. Their meeting earlier this season finished 1-1 at Valencia’s Mestalla Stadium. Don’t expect that result again as Barcelona pick up a narrow victory.

Despite taking an early lead against Newcastle in midweek, Manchester City managed to concede two second-half goals and lose. Pep Guardiola’s team is now five points behind league leaders Liverpool, but that number could have been worse.

Arsenal has won two straight games outscoring opponents 4-1. The Gunners will be full of confidence going to the Etihad Stadium and have an upset on their minds. Manchester City has beaten Arsenal four times and drawn once in their last six meetings. Arsenal’s only win in its last six games against Manchester City came back in 2017 in the FA Cup.

Manchester City has outscored Arsenal 14-5 during that span. Despite Arsenal ‘burning hot’, Unai Emery’s team just isn’t to Manchester City’s level. The ZCode System predicted scoreline of 3-0 in favor of the Cityzens is too generous. Expect a closer game with one goal separating them.

Like Manchester City, Liverpool suffered a shock in midweek. However, the Reds still managed to pick up a 1-1 draw against Leicester. Liverpool’s defense has been ravaged by injury and manager Jurgen Klopp should have his starting defenders back for the team’s trip to West Ham.

The Hammers are in disarray having lost two straight games by a 5-0 scoreline. Liverpool has won four and drawn one match against West Ham in their last six meetings. West Ham’s only win came in 2016 in the FA Cup.

All six recent games have seen over 2.5 goals scored. Remarkably, in their last four consecutive games, Liverpool has scored four goals in each.

Four Liverpool goals will be a stretch, but the two teams should combine for another game with over 2.5 goals scored.