The Los Angeles Rams will play the New England Patriots in a rematch of Super Bowl XXXVI on Sunday, February 3rd in the Mercedes-Benz Arena in Atlanta. 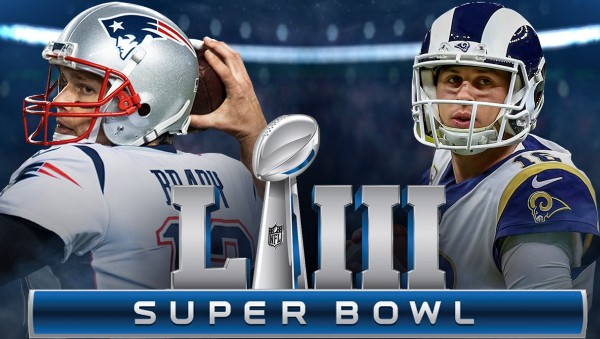 Super Bowl LIII is the first appearance for the Rams since that game 17 years ago. In the time since the two teams last contested a Super Bowl, things have changed greatly for them both.

Tom Brady has led the Patriots to a dynasty that is unequaled in NFL history. The Pats have won four Super Bowls following their 2002 triumph over “The Greatest Show on Turf”.

The Rams had far fewer successes post-2002. The franchise was located in St. Louis from 1995 to 2015 with its one Super Bowl win coming in 1999. After five straight playoff appearances, the Rams hit a drought in 2006 and didn’t make the playoffs again while located in St. Louis. Since moving back to Los Angeles in 2016, the franchise has had a re-birth led by Todd Gurley and Jared Goff

Brady’s Patriots finished the season at 11-5. The quarterback occasionally showed signs that he may be ready to call it a career. Yet, when the Pats needed him most, Brady stepped to the forefront.

The Rams were 13-3 and for large parts of the season and blew away the competition. Los Angeles compiled the second highest number of points in the NFL with 527. Only the Kansas City Chiefs had a better tally.

There is very little head to head history to go on for the Super Bowl. The last time the teams met was 2016. The Patriots were victorious at Gillette Stadium. Four years prior to that game, the Rams hosted New England in St. Louis. Again, the Patriots picked up the win blowing out a hapless Rams team. 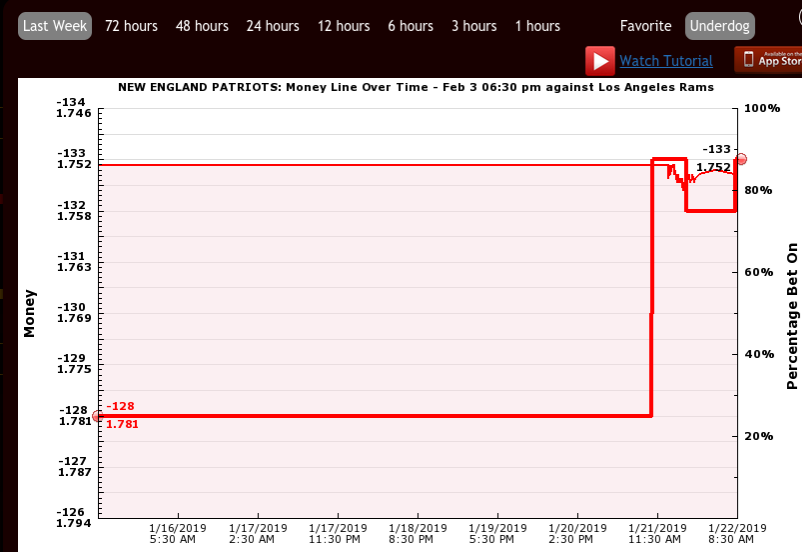 According to the money line, the Rams head into Atlanta as the underdog. One leading sportsbook has New England listed at -140 and plenty of sports bettors are going towards the Pats.

The good news is the Rams offer value at +120 and despite being the game’s underdog, are well equipped to beat the Pats.

The Patriots went into Super Bowl LII as the favorites over the Philadelphia Eagles. New England was nearly a touchdown favorite yet lost to the Eagles 41-33.

Like last year’s Eagles, Los Angeles has a young, talented quarterback. The Rams also have an exceptionally talented running back in Gurley. While Brady has been there and done that before, he is now 41.

The Rams scored points for fun at times during the regular season. Their defense is underrated and it had to hold strong in the fourth quarter of the NFC Championship Game against the New Orleans Saints to even reach the Super Bowl. The Rams will upset the Patriots in Atlanta inflicting a second straight Super Bowl loss on Brady.