The Premier League moves into week 17 of the season with Liverpool and Manchester United headlining the fixture list. There has been a shake-up at the top of the standings as former league leaders Manchester City lost to Chelsea last weekend. The Cityzens’ loss coupled with Liverpool’s 4-0 win over Bournemouth allowed the Reds to leapfrog their rivals into first place. 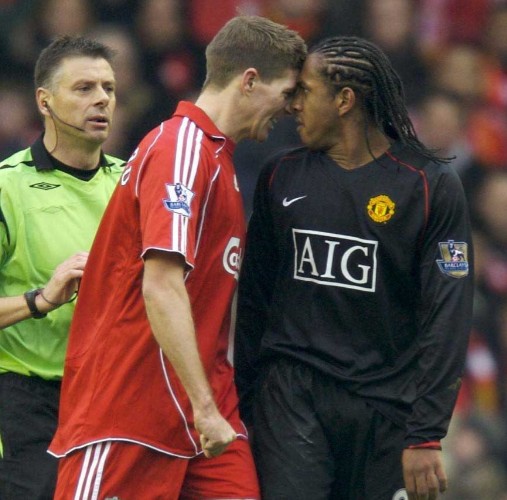 Now, Liverpool host eternal rivals Manchester United in a massive clash on Sunday, December 16th. If the Reds win, they will tighten their grip on first place. A loss will most likely see Manchester City move back into top spot.

Manchester City lost for the first time this season, 2-0, to Chelsea in week 16. Manchester City was outplayed and manager Pep Guardiola will be looking for a reaction from his players at home against Everton.

The Toffees haven’t been great in their last six games. They have drawn three, won twice and lost once. Just twice in those six fixtures have more than 2.5 goals been scored. In five of Manchester City’s last six games, over 2.5 goals were scored. The Cityzens are typically free-scoring, although they have failed to score in bunches against the Premier League’s top four sides.

Everton won’t be pushovers, but Manchester City has far more tools at their disposal. The game should see over 2.5 goals scored based on Manchester City’s great scoring record.

Arsenal is 14 games unbeaten in the Premier League and takes its record to Southampton on Sunday. Southampton is woeful and despite a managerial change, the team still sits second from bottom. Southampton has lost two straight games by a combined score of 4-2. It isn’t bad, but week 16 saw the Saints lose a six-point affair against relegation threatened Cardiff City.

Unai Emery’s Arsenal is fifth and could still make a run for a top three finish this term. The Gunners have scored 35 goals, the second most in the Premier League. Arsenal struggled to breakdown Huddersfield in week 16, winning by just a 1-0 scoreline. However, the team’s three previous matches all saw over 2.5 goals scored.

It is the biggest game in English soccer. Two rivals that go back decades and two cities that have been at odds for centuries. Just 34 miles separate the two cities. Liverpool was English soccer’s team of the 1970s and 1980s. Manchester United was the club of the 1990s and 2000s.

Jose Mourinho’s Red Devils would love nothing more than to knock Liverpool off their perch at the top of the Premier League. It would be a significant win as Manchester United has underachieved all season. Currently sixth, Manchester United is 16 points behind Liverpool. Until last weekend’s win, Manchester United had drawn three matches and lost once in four straight games. Despite having high-quality players, Mourinho’s tactics and style of play hasn’t worked to the team’s overall strengths.

Liverpool hammered Bournemouth 4-0 in week 16. Mohamed Salah scored a hat-trick to give him 10 goals in the league. The Egyptian tallied 32 in the Premier League last term and he is currently just three goals behind his pace from 2017-18. 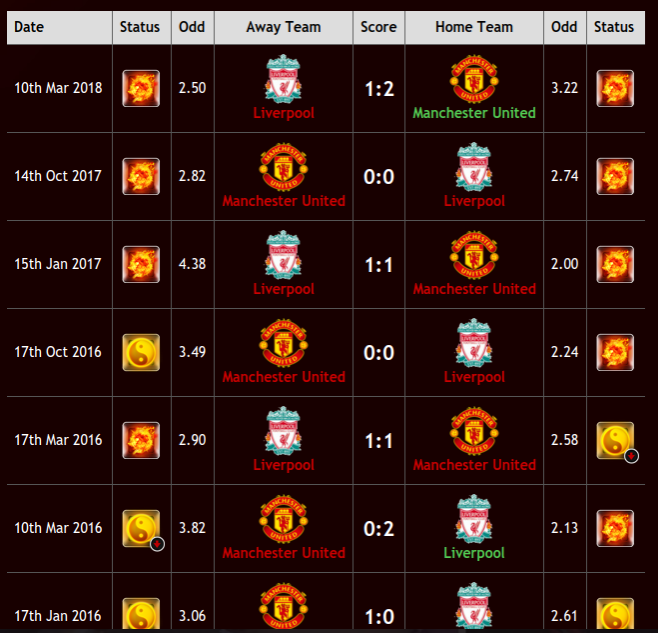 The teams’ last two meetings at Liverpool’s Anfield Stadium have ended in nil-nil draws. Games between the teams are regularly low scoring affairs and Mourinho will deploy Manchester United defensively to stop Liverpool’s rampant attack. Liverpool and Manchester United will play a tight match with the game ending in a draw.