The NHL season is around 24 games old and a picture is being formed of which teams are playoff contenders. The Toronto Maple Leafs, who haven’t won the Stanley Cup since 1967, currently lead major sportsbooks’ Stanley Cup futures betting odds.

Will the Maples Leafs continue their great play on Wednesday night or will the San Jose Sharks bring it to an end? 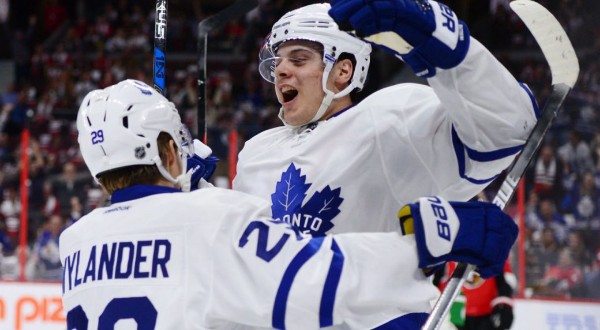 The Maple Leafs go into Wednesday night’s game against the San Jose Sharks at odds of +450 to win the Stanley Cup. According to leading bookies, Toronto was +650 at the beginning of November. Now, the Eastern Conference’s third-place team has trended upwards.

San Jose is 12-8-4 after 24 games, which is the sixth-best record in the Western Conference. San Jose will play the Edmonton Oilers prior to their trip to Toronto. Playing on a lack of rest will test the Sharks. San Jose is under .500 on the road this season giving Toronto the chance to take all three points on Wednesday night.

Z-Code System’s value bets predict a 3-1 win for Toronto with the Maple Leafs scoring over 2.5 goals.

The St. Louis Blues clash with archrivals the Detroit Red Wings in Motor City on Wednesday night. The Blues are one of the biggest disappointments this season. St. Louis started November at +4000 to win the Stanley Cup, but that figure has jumped to +6000. The Blues are second to bottom in the Western Conference, but the Red Wings aren’t much better off in the Eastern Conference. Both teams go into the game having lost their previous outings on the ice.

The 9-9-4 Florida Panthers host the 10-10-5 Anaheim Ducks. While Florida currently has Stanley Cup-winning odds of +6600, the Ducks are +4000. The Ducks could make a run in the Western Conference over the next month or two and greatly improve their playoff chances.

Tuesday night, Anaheim travel to play the Tampa Bay Lightning before taking on Florida the following day. The Panthers will be rested before taking to the ice with their last game, a 4-3 win over New Jersey, being played on Monday.

Zcode System’s scores predictor sees these two hockey clubs going to overtime with the Panthers coming out on top.

The ZCode System’s Power Rankings have the Buffalo Sabres at the top of the list. Currently third in the Eastern Conference, the Sabres have the NHL’s second-best points total (34) after 24 games. Buffalo has won nine straight games posting a 9-1-0 record in its last 10 overall. The Sabres will take on San Jose on Tuesday night in their next game. 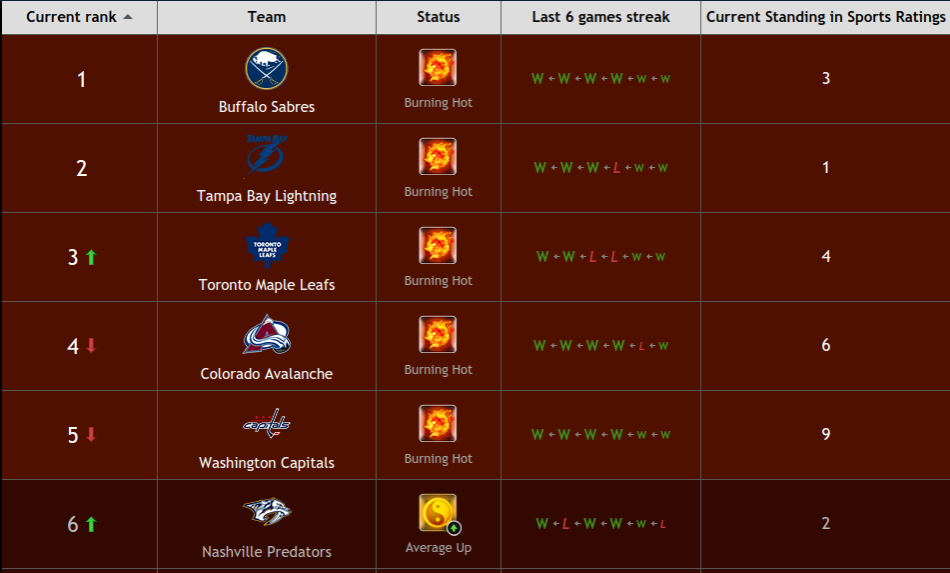 Buffalo is fifth in odds to win the Stanley Cup with major bookies listing the team as +1400. The team has been on a great upward trend as the beginning of November saw bookies list the Sabres as +8500.

Can the Buffalo Sabres stay hot or will the Toronto Maple Leafs finally win the Stanley Cup?