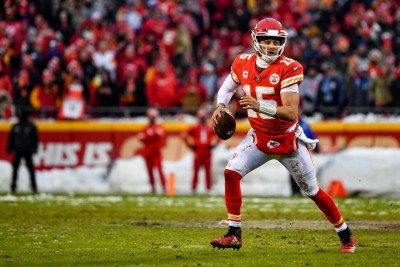 We have selected three games this week and highlighted some exciting divisional match-ups. These games should deliver in the excitement department and hopefully, deliver in profits as well.

An AFC East showdown will take place in Miami as the Buffalo Bill head to south Florida to play the Dolphins. The Bills are currently an AFC Wild Card playoff team and need to keep winning to prevent falling out of the postseason picture. Buffalo is 6-3 but coming off of a surprising three-point loss to the Cleveland Browns.

Miami is 2-7 with both wins coming in back to back weeks. The Dolphins defeated the New York Jets and followed it up with a victory over the Indianapolis Colts in NFL Week 10. Can they make it three wins from three in NFL Week 11?

Buffalo already defeated Miami 31-21 this season. Making a Bills’ win more of a lock is their 3-1 road record. Buffalo should end Miami’s renaissance and stay on track for the playoffs.

The Atlanta Falcons upset the New Orleans Saints last weekend giving the Carolina Panthers a chance to catch the team from the Big Easy. Will the Falcons knock off Carolina this time around?

Carolina is coming off of a loss to the Green Bay Packers 24-16. At 5-4, home has not been where the heart is for the Panthers. They are just 2-2 at home this season. Carolina is -3 in net points. The Panthers average 25 points per game on offense but allow 25.3 on defense.

Carolina is on the outside looking into the playoffs. Cam Newton is not happy in Carolina and rumors of a trade (possibly to the Chicago Bears) are floating around the NFL. Currently injured, it is highly likely that Newton will be traded next offseason.

Kyle Allen should have another good game under center for the Panthers. He threw for 307 yards, one touchdown, and one interception in NFL Week 10 against the Packers.

Kansas City Chiefs head to southern California to face off with the Los Angeles Chargers. Expect to see more red shirts in the stands than fans cheering for the Chargers. The away team has won the last two games between these teams. Monday night’s game will be the first of the season between the Chiefs and Chargers.

Kansas City is currently a Wild Card playoff team but the Oakland Raiders are hot on the Chiefs’ heels. Kansas City is 4-1 on the road while the Chargers are 2-3 at home. The atmosphere inside the Dignity Health Sports Park will make it feel like an away game for the Chargers.

The Chiefs lost a heartbreaker to the Tennessee Titans last weekend, 35-32. Patrick Mahomes threw for over 446 yards and three touchdowns. Mahomes has the offense playing well, but the defense has been up and down. The defense averages 23.9 points allowed. They should improve in NFL Week 11 and get past the Chargers with a win.

2 thoughts on “NFL Week 11 picks: Divisional match-ups the narrative for this weekend”