With just three weeks remaining in the NFL season, a great percentage of the league is still in playoff contention. The game of the week is the Patriots on the road to face the Steelers.

New England was the victim of an improbable finish against Miami, while the Steelers have lose three straight. Both lead their divisions but want to get back on track. New England is a 2.5 point favorite. They have a +29 to +21 advantage on the Power Ranking Indicator and “average” versus “average down” on the Team Strength Oscillator. The Patriots are the more stable team according to the Team Volatility Oscillator at +5 to -2 for Pittsburgh. The Steelers relatively unstable rating is likely due to a mediocre 3-3 home record in which they have been favorites. The Patriots have a 53 percent chance of winning according to our VIP Picks section. The Patriots will get back on track, while the Steelers slide is likely to continue. Go with New England minus the points. 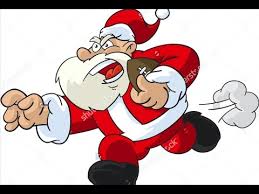 At 5-7-1 the Packers likely need to win out and get help to make the post season. They face a daunting task at Chicago, who shut down the Rams last week. Chicago has a +23 to +6 advantage on the Power Ranking Indicator and “burning hot” versus “ice cold up” for the Packers. Green Bay has won the last five meetings but enter this one a 5.5 point underdog and the Bears have a 65 percent chance of winning.  Both teams are stable at +8 for Green Bay and +6 for Chicago. This means that both teams perform consistently with their favorite/underdog status. The Bears will win and cover to end the Packers playoff hopes.

The Cowboys continue their red hot play, winners of five straight. They face the 7-6 Colts, who are a 2.5 point favorites in this one. Both teams are “burning hot” on the Power Ranking Indicator, while the Cowboys have a +24 to +17 advantage on the Team Strength Oscillator. Indianapolis is the more stable of the teams at +3 versus +1. The spread favors the Colts, our VIP Picks section has this as virtually a toss up, with Dallas having a 51 percent chance of winning. The feeling here is Dallas will have a little letdown after a huge divisional win against Philadelphia. Look for the Colts to win and cover.

Carolina is on a tailspin, having lost five straight. Despite being 5-1 at home, they are a 6.5 point underdog against a Saints team that is looking for the top spot in the conference. They hold a +28 to +15 advantage on the Power Ranking Indicator and “burning hot” versus “dead” status. New Orleans is the more stable team, have won the last three meetings and have a 71 percent chance of winning this game. The only hope for the Panthers is they play excellent at home. They will need to come out strong or they are looking at their sixth straight loss. Go with the Saints but the Panthers could cover.

The Dolphins are coming off one of the most improbable wins in history, while the Vikings need to end their two game slide to keep fading playoff hopes alive. The Vikings are a 7.5 point home favorite and have a +17 to +14 advantage on the Power Ranking Indicator. However, the trend is clearly in favor of Miami, who has a “burning hot” versus “ice cold down” status.  The large line in favor of the Vikings is likely due to fact that the Dolphins are only 1-5 on the road. Minnesota is given a 73 percent chance of winning outright. They should win the game but don’t be surprised if the Dolphins cover.