The NCAA basketball season comes down to the Final Four on Saturday night with the National Championship game to follow on Monday. The NCAA Final Four is a major betting weekend for punters, and ZCode System will have you feeling confident of winning when the teams take to the hardwood. 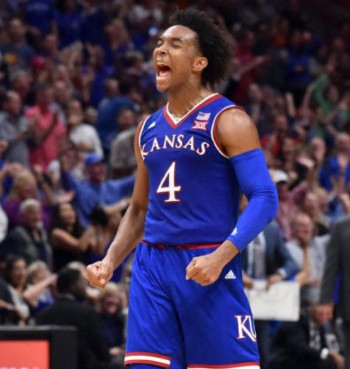 It started with 68 teams and now just four remain as the NCAA Final Four tips off on Saturday night. No. 3 seed Michigan play the tournaments Cinderella team No. 11 Loyola, while No. 1 seeds Villanova clashes with Kansas. Which teams will meet in the National Championship Game and which team will come out on top of the final?

Michigan go into the game as favorites. Michigan is currently -5 to beat Loyola on Saturday night and +250 to win the National Title. Loyola isn’t in the Final Four just to make up the numbers, however. Although the Ramblers haven’t been to the Final Four since 1963, the team has put together an outstanding season, going 32-5. Loyola is the first ever No. 11 seed to make it to the Final Four and plenty of NCAA basketball fans will recall the great runs that Butler and Gonzaga made in the tournament before those schools were expected to compete for a spot in the Final Four each season.

Michigan have had scares along the way. The Wolverines beat Houston thanks to a buzzer beater and held on to win against Florida State in the Elite Eight. Michigan does have the edge over Loyola in defense and hold teams to just 63.1 points a game.

Villanova is the favorite heading into its clash with Kansas at -5. The Wildcats are the tournament favorites and sit at odds of -110 to win the National Title. Both Villanova and Kansas will run up and down the court all day long. But the schools can also grind out a win. On paper, this semifinal game could go either way as two of the best teams in the nation collide.

Villanova is said to have the edge in all areas on the court. The Wildcats won the National Title two years ago, and the core of the team is still playing for Jay Wright. Villanova has a winning combination of players and a second title in three years would show just how strong Wright’s recruiting classes have been.

It has been 10 years since Kansas last won the NCAA National Championship. It was coach Bill Self’s first and only title. Self’s team is the underdogs, but Kansas know how to win.There is a reason Kansas has won 18 Big 12 Titles in 22 years along with 11 Big 12 Tournament Titles. The school recruits well and plays great year in, year out. 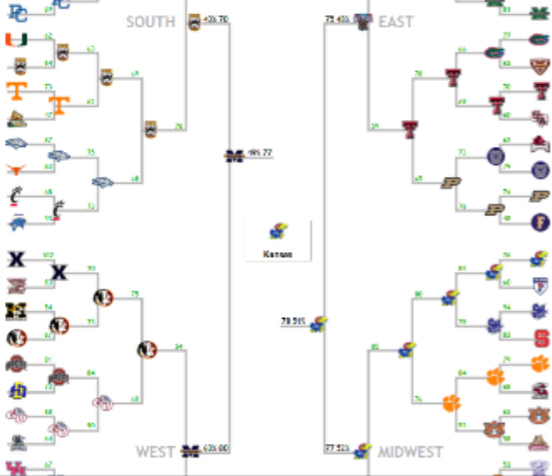