The NBA powers on into the weekend. Ten big games will take place in the Association on Saturday as teams stake their claim in the early part of the season. 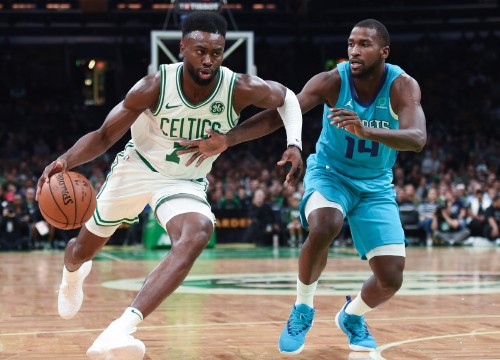 Several of the NBA’s big hitters will take to the hardwood on Saturday night including the Boston Celtics, Houston Rockets, and Los Angeles Lakers. The Rockets and the Lakers will headline the list of games and bettors will be chomping a the bit to see LeBron James tangle with James Harden and company.

The Rockets and Lakers both lost their opening games of the season. The loss has already sparked talk of Houston regressing this season. It is far too early to talk about regression with the Rockets. There are still 81 games to play.

Eric Gordon was Houston’s surprise high point man against New Orleans Pelicans in the opener. Gordon scored 21 while Harden added 18. Houston gave up an uncharacteristic 131 points against the Pelicans while scoring just 112.

The LA Lakers gave up 128 points to the Portland Trail Blazers. James scored 26, but it wasn’t enough to lead the Lakers to victory. Houston will be a great early season test for James and company, but a loss for either team won’t dictate whether the playoffs are missed or not.

The Boston Celtics and New York Knicks got off to great starts to open the season. The Celtics defeated the Philadelphia 76ers. Boston once again showed just how strong its defense is. Boston gave up just 87 points.

The Knicks hammered the Atlanta Hawks in a battle of two teams that will most likely end the season towards the bottom of the standings. Tim Hardaway Jr. registered 31 points while Enes Kanter had a double-double (16 points, 11 rebounds).

Boston’s defense will be difficult to break down and the team will win on Saturday. Both teams will play on back to back days

Portland topped the Lakers on the road to start the season. Damian Lillard and Nik Stauskas combined for 52 points. The Trail Blazers will need to perform better on the defensive end to win again.

The San Antonio Spurs just edged the Minnesota Timberwolves on opening night. New man DeMar DeRozan showed just why the Spurs traded for him in the summer. DeRozan scored 28 points while LaMarcus Aldrige scored 21. The Trail Blazers defense will be more difficult to break down, especially at home.

The Orlando Magic defeated in-state rivals the Miami Heat in game one of the season. It wasn’t too convincing as the Magic won by just three points. Aaron Gordon was Orlando’s top scorer with 26 points. Orlando may struggle as the team will play a back to back.

Philadelphia lost to Boston to open the season but rebounded with a win over the Chicago Bulls on Thursday night. Joel Embiid was unreal scoring 30 and pulling down 12 rebounds. He will lead the 76ers over Orlando at home. 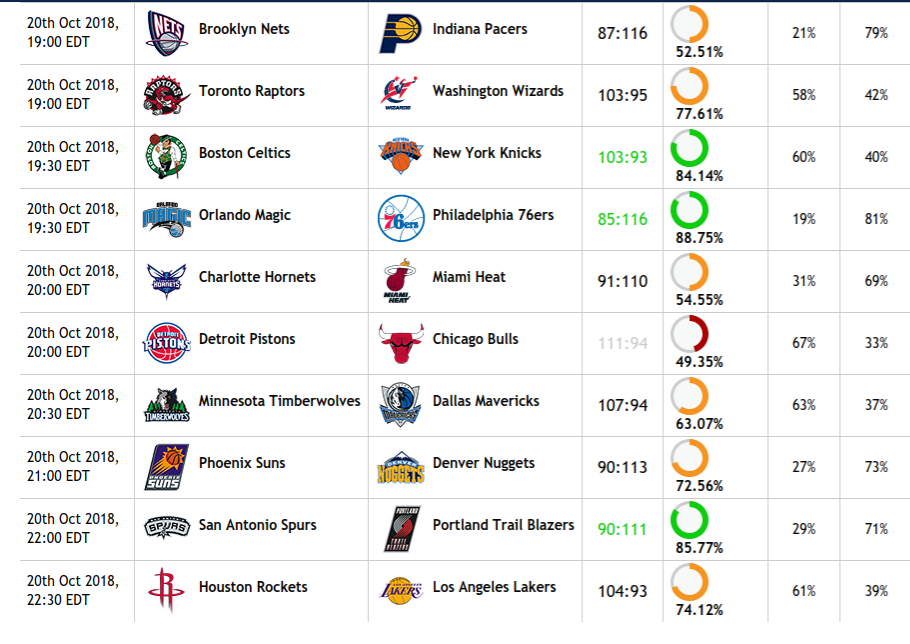