The Major League Baseball postseason is nearly upon us. This week marks the final week of the regular season and all of the American League’s five playoff places have been clinched. While the National League is still up for grabs, the AL is set after the Oakland A’s and the New York Yankees have both booked their tickets to the baseball postseason. 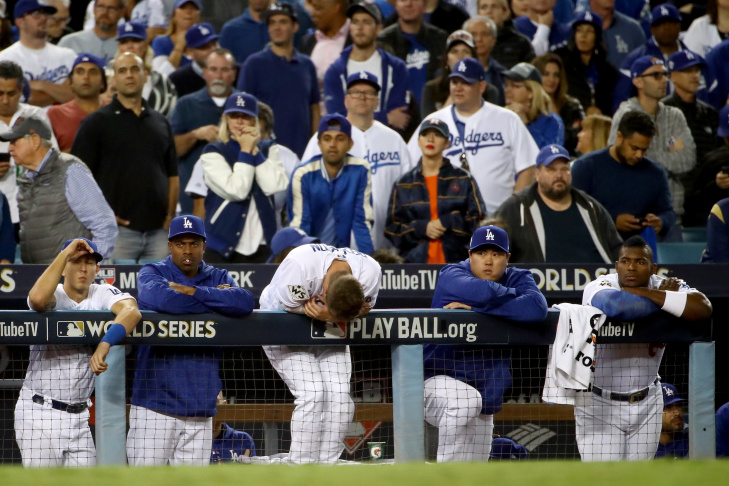 Currently, only the Atlanta Braves have clinched a playoff place in the NL. The Chicago Cubs, Milwaukee Brewers, St. Louis Cardinals, Los Angeles Dodgers, and Colorado Rockies are all competing for the final four places available.

The Boston Red Sox currently lead futures betting odds, according to top sportsbooks. Boston is +300 to translate its play into the baseball postseason and win the World Series. The Red Sox are the only MLB team to be over 100 wins as of September 25. The Houston Astros are nearly to the century mark as well, and sportsbooks have responded to their success in the latest futures odds. Houston is +350 as the last week of the MLB regular season plays out.

The Los Angeles Dodgers have finally reached the heights fans expected when the season started in March. Despite finishing April under .500, the Dodgers have rebounded with winning months ever since.

Los Angeles doesn’t have history on its side, however. The last team to win the World Series after posting a below .500 April was the Anaheim Angels in 2002. If there is a team that can do it this baseball postseason, Los Angeles is the one.

The Dodgers could still miss out on the playoffs altogether. The Colorado Rockies aren’t too far behind and depending on results over this last week, Los Angeles could get edged out by their rivals. The NL playoff race is an exciting one and shows the difference in strength between the senior and junior circuits.

The baseball postseason is nearly set and Zcode System’s Playoff Simulator has been hard at work crunching all of the important (and not so important) MLB data. The latest playoff prediction sees an all California World Series. In fact, it is predicted that the Oakland A’s will play the Los Angeles Dodgers in a re-match of the World Series from 30 years ago. 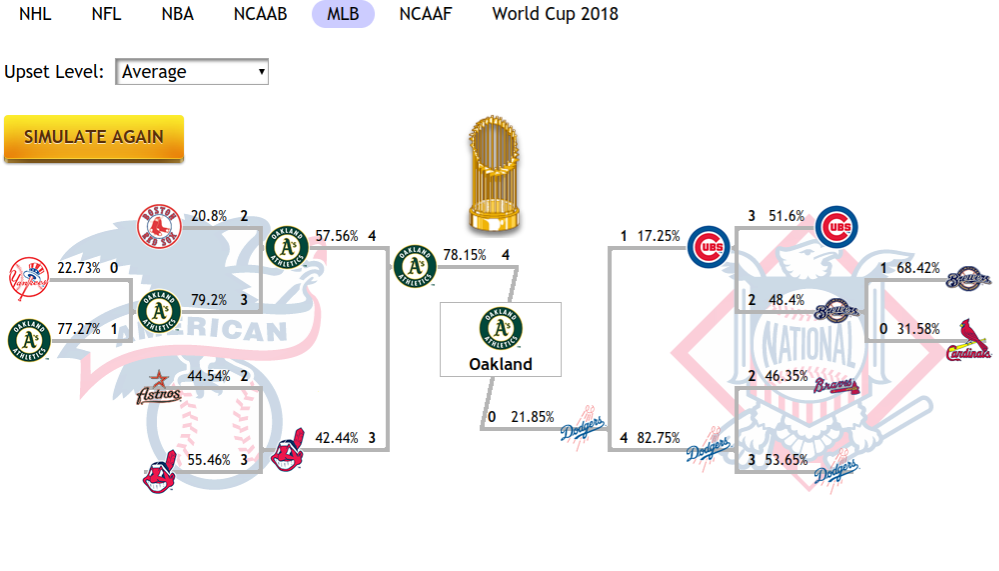 Baseball fans will remember the 1988 World Series with the famous walk-off home run hit by Kirk Gibson. Could the two baseball clubs meet once more in the Fall Classic? Zcode System’s Playoff Simulator believes so.

Both Oakland and Los Angeles are red-hot right now. The Oakland A’s are 6-4 in their last 10 games, while the Los Angeles Dodgers are 8-2. The playoffs are a different animal to the regular season and the dial will be turned up a notch when they start next week.

Can both Oakland and Los Angeles make it to the World Series? We will find out in October.