The English Premier League will take a break this weekend, but that doesn’t mean the great soccer action from Europe will stop. The FA Cup returns with the round of 16. 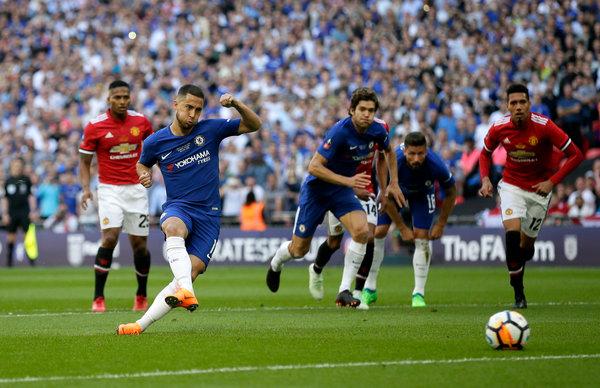 The biggest match of the FA Cup this weekend will see Chelsea host Manchester United on Monday night. Another of England’s big-name teams are set to go out of the cup competition. Meanwhile, there are a number of other important matches taking place around the continent.

Sheffield United sits third in the Championship just three points off of an automatic promotion place. The Blades are undefeated in five of their last six matches with three of those games ending in wins. Sheffield United have tallied the league’s third most goals (53) while allowing the third fewest (34).

Reading is third from bottom in the league. The team has drawn three straight games but has posted just one win in its last six. Although Reading can survive and remain in the Championship, it won’t put up much of a struggle against Sheffield United. Reading has won just once in 16 games away from home. Sheffield United has won nine of 15 home games.

It is a top-four clash in France as Lille host Montpellier. Eight points separate the two teams and both sides will put a five-match unbeaten run on the line. Lille is 10 points off of first place Paris Saint-Germain. It is highly unlikely Lille will catch PSG. But the team does need to hold off the rest of the chasing pack for second place.

Montpellier is only fourth thanks to goal difference. The team needs to continue its great form to secure a top-four place to qualify for the Champions League next season.

Both teams are ‘burning hot’, but Lille is the favorite for Sunday’s showdown. Lille has won eight of 12 home matches this season, second-best in Ligue 1. Although Montpellier has been good on the road, the team has won just once in its last five away games. The last three have all ended in draws.

Alaves has been La Liga’s surprise package this season. The small Basque team has flirted with the top four, but a recent run of three straight losses has Alaves in sixth place — two points outside the Champions League positions.

Real Betis has blown hot and cold this term. The team has concentrated on cup competitions. Betis is in the Copa del Rey semifinal and the Europa League last 16. This week the team renews its Europa League campaign, which will prevent it from claiming victory over Alaves.

Chelsea meets Manchester United in the last-16 of the FA Cup. It is a classic battle between two clubs that have a number of FA Cup trophies to their names.

Chelsea has won three of the last six meetings between the two legendary English teams. Man United has won twice while one match ended in a draw. The clubs met in the FA Cup Final last term with Chelsea getting the upper hand, 2-1. Their previous game this season ended in 2-2 draw.

Manchester United is in incredible form under new manager Ole Gunnar Solskjaer. Chelsea is not playing well and manager Maurizio Sarri’s team has unravelled in recent weeks. Just six goals have been scored in their last six games. Expect a low-scoring affair with the Red Devils coming out on top on the road.